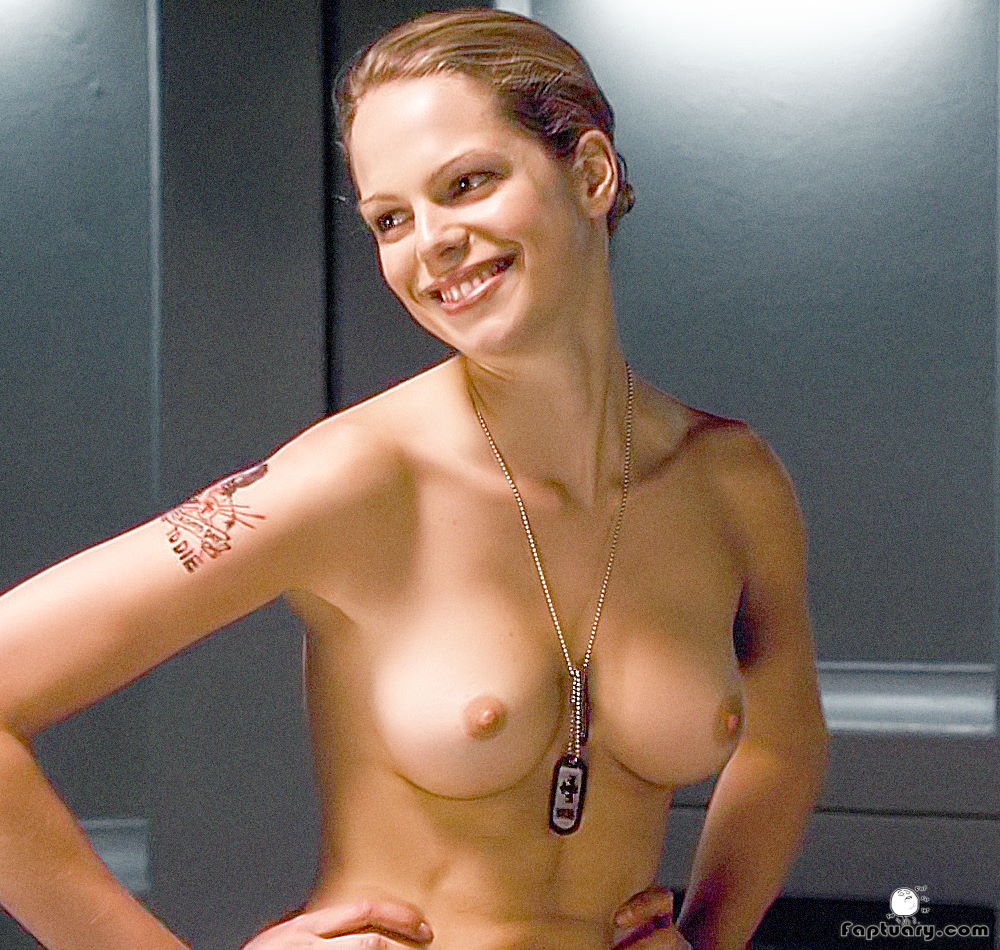 Perhaps the most high profile view of nudity we had from Starship Troopers 3: Marauder was Cécile Breccia naked during that infamous group nude scene from the movie. If you don’t know which scene I’m talking about, I’ll refresh your memory by referring to the last time I covered it. Of course, that time around, it was to highlight the participation of South African actress Tanya van Graan, who plays a fellow mobile infantryman (infantrywoman? infantryperson?), so that post did not pay due diligence to Cécile Breccia or Nicole Salandra, issues which I plan to correct today and in the near future, respectively.

The fappers among you who have seen other Cécile Breccia nude scenes are more likely than not to be French or at the very least connoisseurs of French cinema. Of the three other films which I have found to include nude scenes from the partly Italian-descended French-born actress, two are from her native country. Her nude debut was in 2006’s Président, in which she’s frolicking naked on a bed. This was followed by a scene in Hollywood’s own The Hills Have Eyes II, where she played an unnamed woman – credited only as “Pregnant Woman” – tied down with her boobs showing but covered in filth and bodily fluids. I don’t know. Might be your thing I guess. 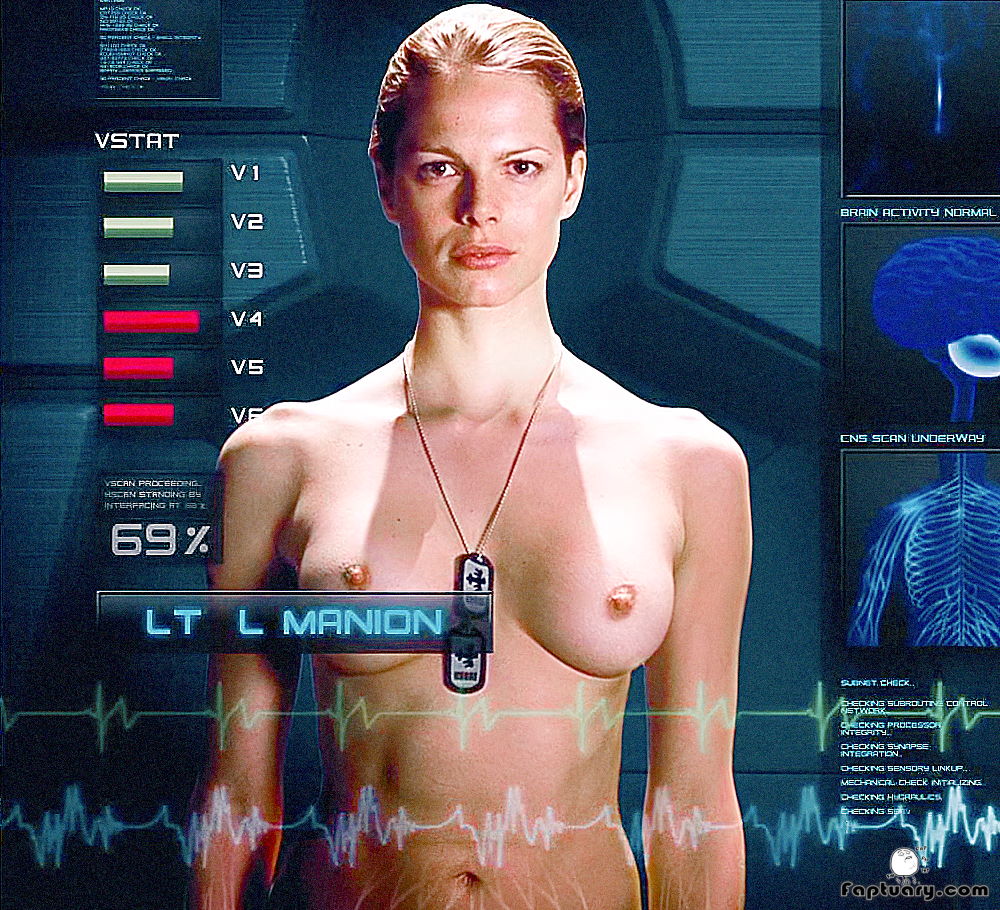 The last movie in which we saw Cécile Breccia nude is the French sex comedy Cyprien, where we get a nice bit of sideboob and ass. There is something I noticed, which is that in Starship Troopers 3: Marauder, Cécile looks like she’s had a boob job, but she doesn’t look it at all in the other films in which she’s done nude scenes. I saw no news results indicating anything of the sort, but I’m cognizant that if any gossip mags have commented on it, they’ll be in French, and the only word I know in French is qui, so I’m a bit out of my depth. If any French fappers have any information on the topic of Cécile Breccia’s breast implants (or lack thereof), leave a comment down below, hit me up directly, or go via the official Twitter. Otherwise, enjoy the gallery of Cécile Breccia naked in Starship Troopers 3: Marauder below. 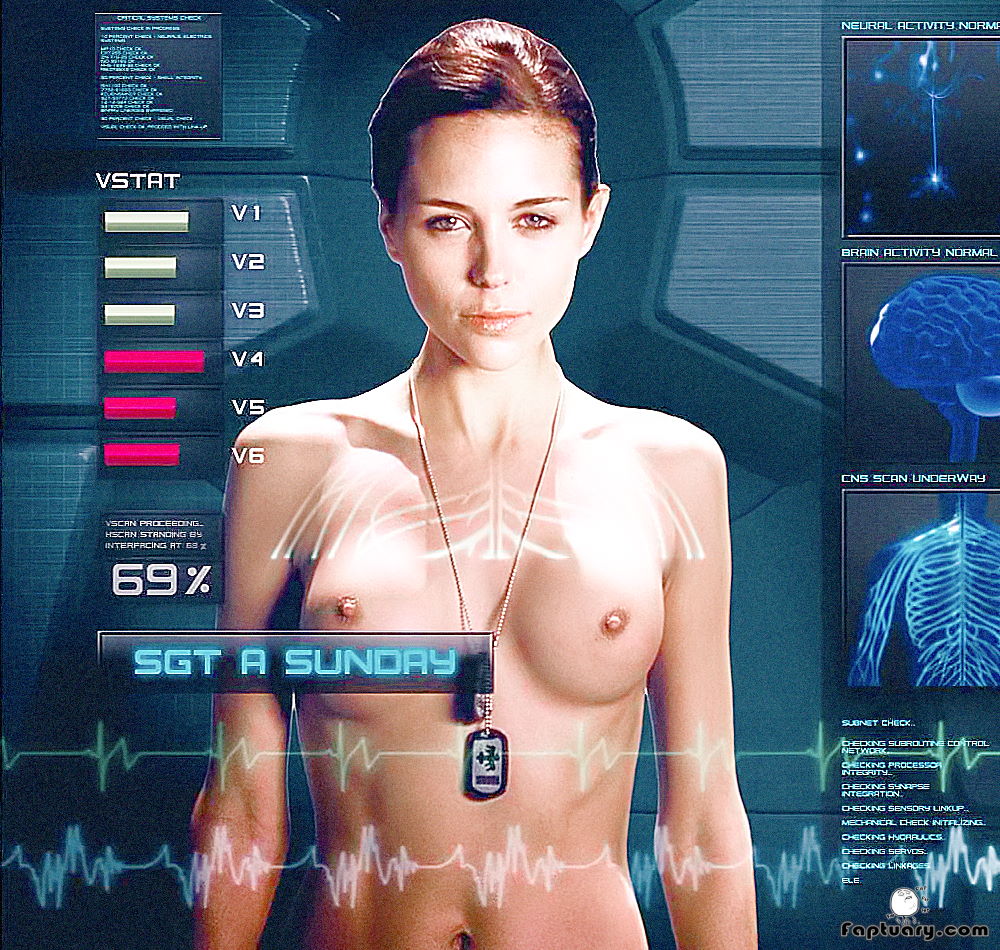 I admit that my research here has been quite difficult for reasons I’ll get to in a second, but I am fairly confident that Starship Troopers 3: Marauder is the only movie in which we can see Tanya van Graan naked. As many of you who have been fapping over here for a while – some of you even going back to the .NET days – know, I love covering both a nude debut and hunting for actress’ rare only nude scenes of their careers, so this shouldn’t be a cause for surprise. The reason it is a cause for surprise anyway is because of the exact trajectory that the actress has followed in terms of doing nudity professionally. I would be understating it if I said that there are other ways to see photographic evidence of Tanya van Graan nude.

For starters, she’s a model. Before the #metoo movement meant that we all had to convert to Salafism and seeing so much as a woman’s nude ankle made you a gigarapist and literally Hitler, naked photoshoots were par for the course for any working model, and Tanya van Graan sure did work hard. She has done nude spreads for international women’s magazine Marie Claire while talking about giving her organs away. She’s done nude photos for international lad mag FHM, who also awarded her as the sexiest woman in South Africa in 2007. And all of that is just scratching the surface. 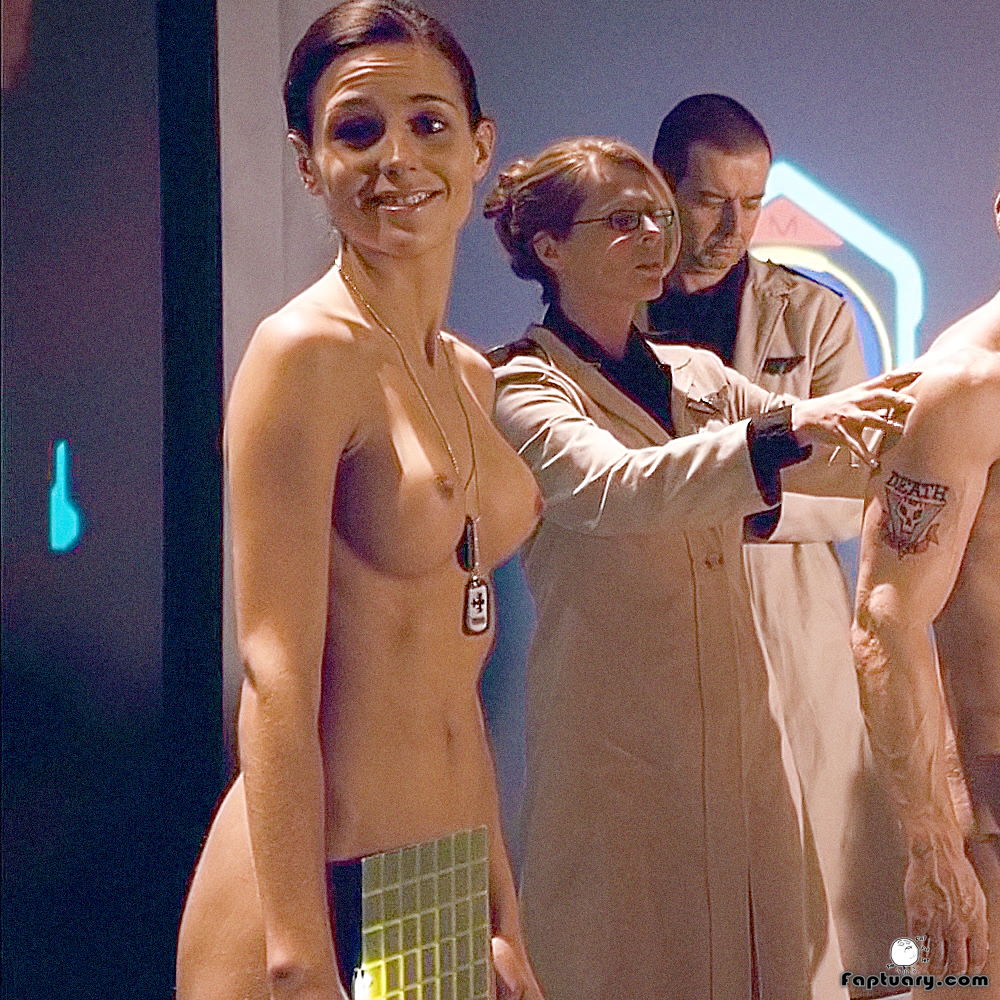 The really weird thing about Tanya van Graan nude appearances is the trajectory. Starship Troopers 3: Marauder was her big break. Not only was it her first film role, but it was also her first role in a production that was not South African (though the movie was filmed in the country). Yeah, she only has about a minute of screen time, two lines of dialogue (one of which is to ridicule a man for having a small penis), and spends about two thirds of it all naked, but still. This is where you would expect an explosion of nude scenes to ride the wave, but alas, it was not so. 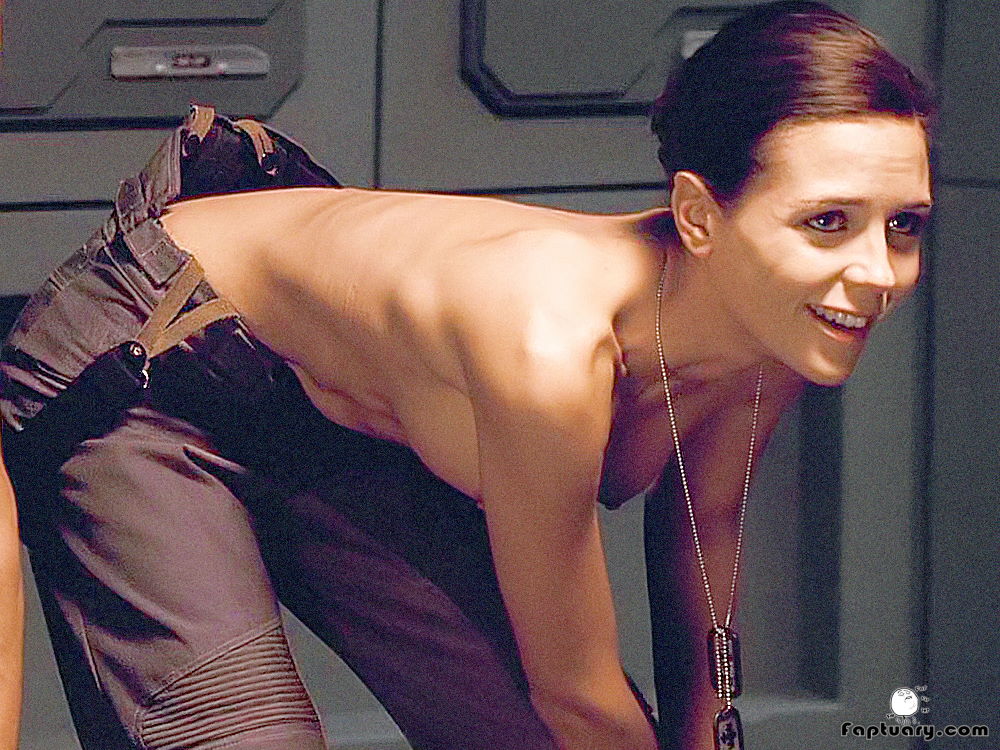 A lot of people thought they saw Tanya van Graan topless in her very next role, 2010’s Mad Cow. I’m going to piss in your corn flakes right now and just tell you that that was a body double. Sorry, but it’s been confirmed. She had a faux nude scene in Death Race 3: Inferno, but the camera never shows her tits from the front nor even from the side, so no nudity there. The only thing I wasn’t able to determine is whether she got naked in Lost Boys: The Thirst. IMDB states that there definitely is nudity in which “breasts are shown,” but I couldn’t quite find out which actress that was supposed to be in the 2 minutes I spent researching before I got bored (ADHD lol). If you know, do your fellow fappers a favor and drop an answer in the comments below. In the meantime, though, enjoy Tanya van Graan naked in Starship Troopers 3: Marauder.