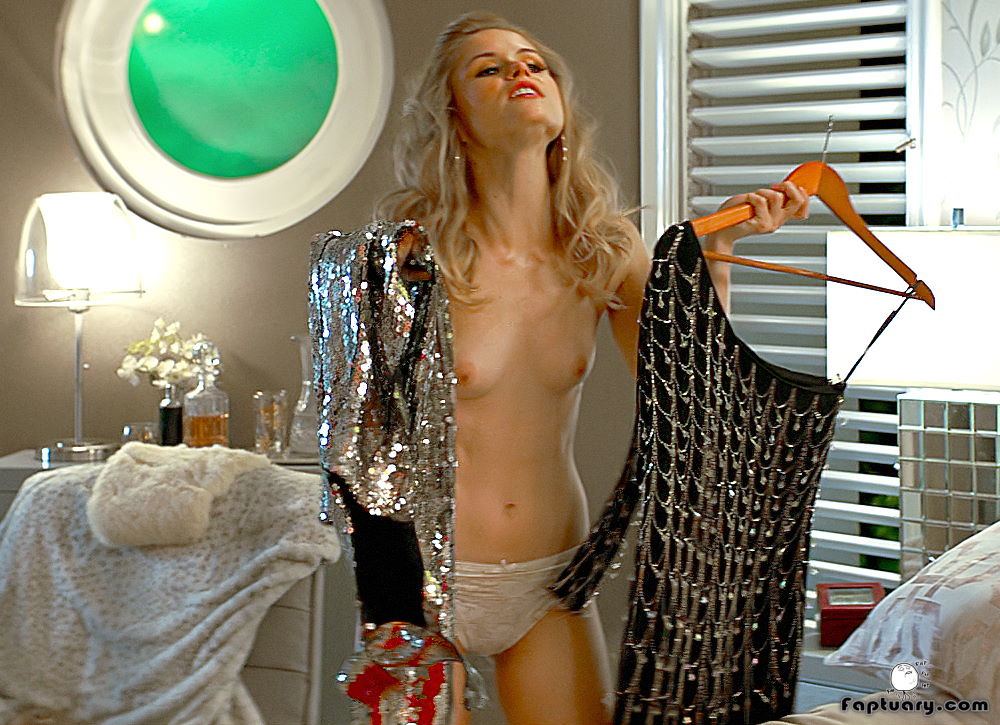 I have been waiting three goddamn seasons to see Erin Moriarty naked as Starlight in The Boys, and still nothing. We got a sort of tease two episodes ago when Hughie teleports her, which of course means that her clothes have to stay behind, but even then, the post-teleportation shots are from so far away that you can’t tell whether she is actually naked or wearing a skin suit or even whether that’s her or a stunt or body double. While we did get thrown a treat by having a sort-of nude scene from Katy Breier in the last episode, we have similarly still had nothing from Dominique McElligott’s Queen Maeve.

But even though we are still waiting to see Annie January nude, it doesn’t all have to be doom and gloom and blue balls. You see, it is admittedly easy to fall into the trap of assuming that Erin Moriarty has some sort of no nudity clause wherever she goes, but one doesn’t need to dig too far to find the exception. Yes, it is one, single, lone exception, but in assessing the binary question of do Erin Moriarty nudes exist, it flips the answer from a no to a yes. In fact, if you exclude the film’s release and subsequent showing at the 75th Venice International Film Festival and 2018 Toronto International Film Festival, respectively, then it was released to general audiences almost a full month after the first episode of The Boys aired on Amazon. I’m talking, of course, about the Nick Hamm film, Driven. Why mention Nick Hamm, you ask? Well, he is responsible for directing the episode of BBC’s The Play on One that features one of the earliest nude scenes by Catherine Zeta-Jones. 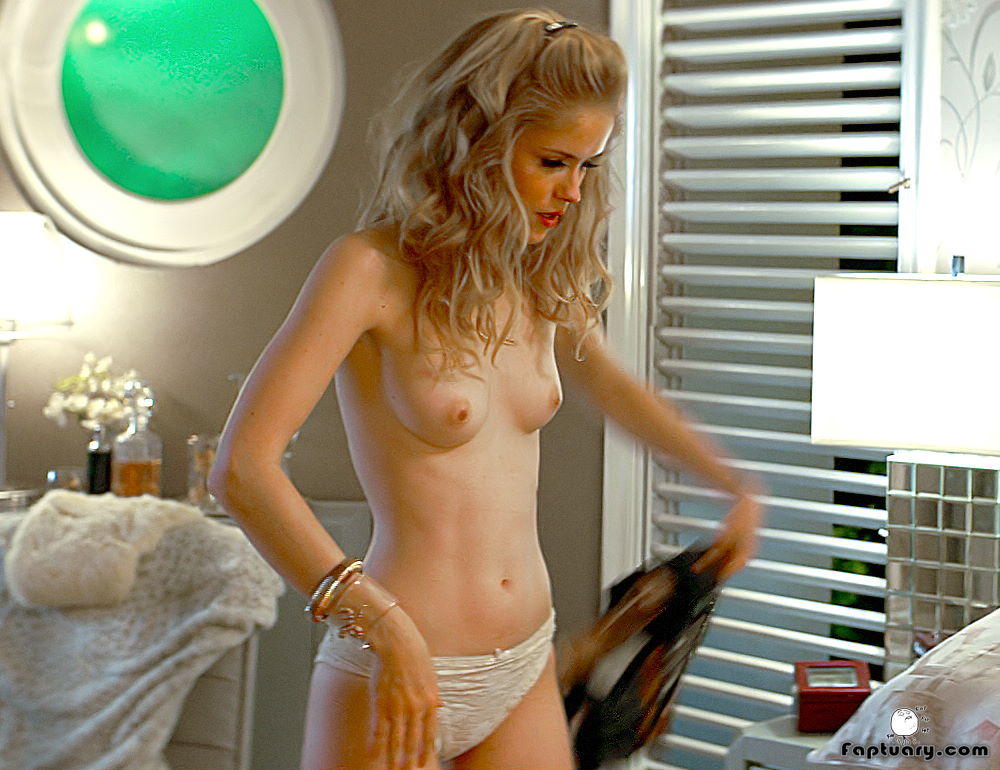 So in what context do we get the one and only Erin Moriarty nude scene in existence? Well, like every good drug dealer’s whore in the 1970s, her character, Katy Connors, is crashing a party hosted by John DeLorean while high on a mixture of cocaine and angel dust. She then goes into DeLorean’s bedroom to try on his wife’s clothes, but however will she be able to try on those tight, skimpy dresses when she is already dressed herself? Yep, that simple. Thank you once again, Nick Hamm, for finding just the right reason to get the actresses that no one else can get to get naked to do nude scenes. 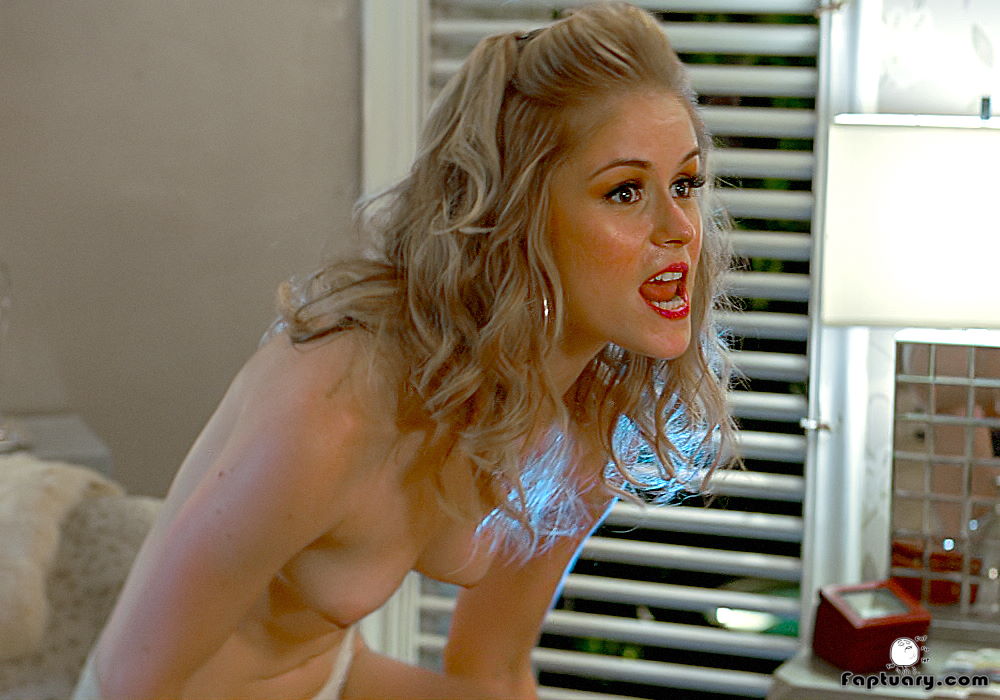 The first glimpse we get of Erin Moriarty topless is when she’s walking away from the camera and turning to her right. She is already partly undressed at this point, wearing no pants and with her top hanging loose. We get a great, albeit brief, view of her ass with her panties ridden up here, and we also see a few pixels of nipple as we get the sideboob showing from under her loose top. You would be forgiven if you thought that this was only a tease and there was going to be no more, but you would also be wrong. The next few shots are taken from the front, and she pulls her top right down, showing her breasts in all their glory. 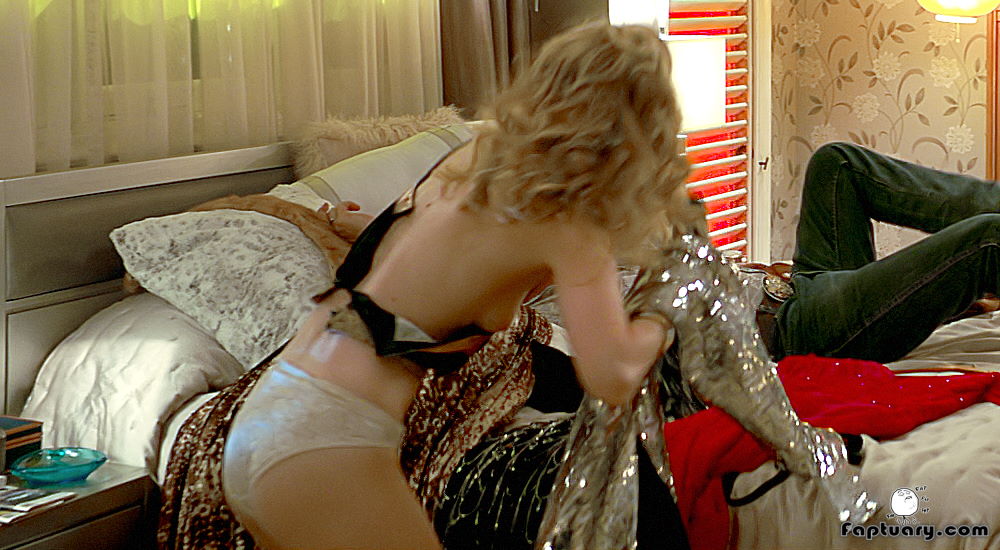 We see Erin Moriarty’s tits in a few shots as she’s getting undressed and dressed. This includes a shot in a mirror. Yes, the image there is unsurprisingly tiny, but if you’d been focusing all of your attention during that shot on her sideboob, then you would be very pleasantly surprised when you look across the screen to see it includes yet another shot from the front. Also, big bonus: this nude scene is from before Erin Moriarty had plastic surgery (obligatory “allegedly”), so we get to enjoy seeing her in all her natural feminine beauty, kind of like how we recently got to enjoy Emma Thompson in all her unblemished beauty. Too much to work with? No worries. Enjoy the color corrected screen captures of Erin Moriarty naked in Driven below.