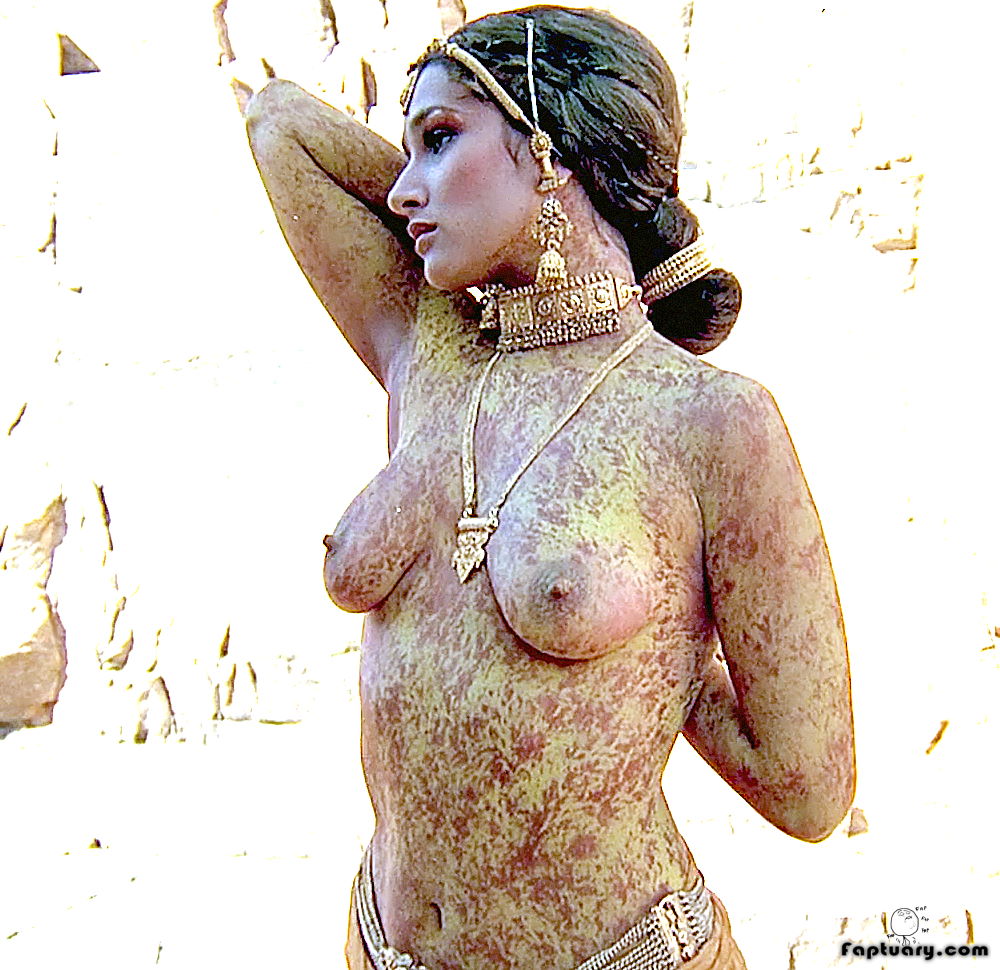 Considering the world saw Indira Varma naked for the first time in her debut role and that role is in a film called Kama Sutra: A Tale of Love, it’s quite surprising that this might be the only feature in which she has done a proper nude scene. By nude scene, I am of course referring to all of the ten million nude scenes in the movie, as befitting of one which shares a title with the ancient Indian manual of eroticism and sex. There is no shortage of them in this movie, which is why it’s so weird that there is such a shortage of them elsewhere.

On paper, it seems like there are a number of Indira Varma nude scenes out there, but I’m convinced that even more of them are using body doubles that we already know are. For instance, it’s pretty much accepted by everyone that in the nude scene in Rome wherein Niobe is breastfeeding, those tits did not really belong to the actress. I’d take it a step further. This hasn’t been confirmed, but I’m convinced that her apparent nude scene in World Without End is also done via a body double. So, first of all, the obvious element we need to take note of is that her face and her boobs don’t ever appear in the same shot. Not only that, but the camera doesn’t even pan from one to the other. The transitions are always new shots. 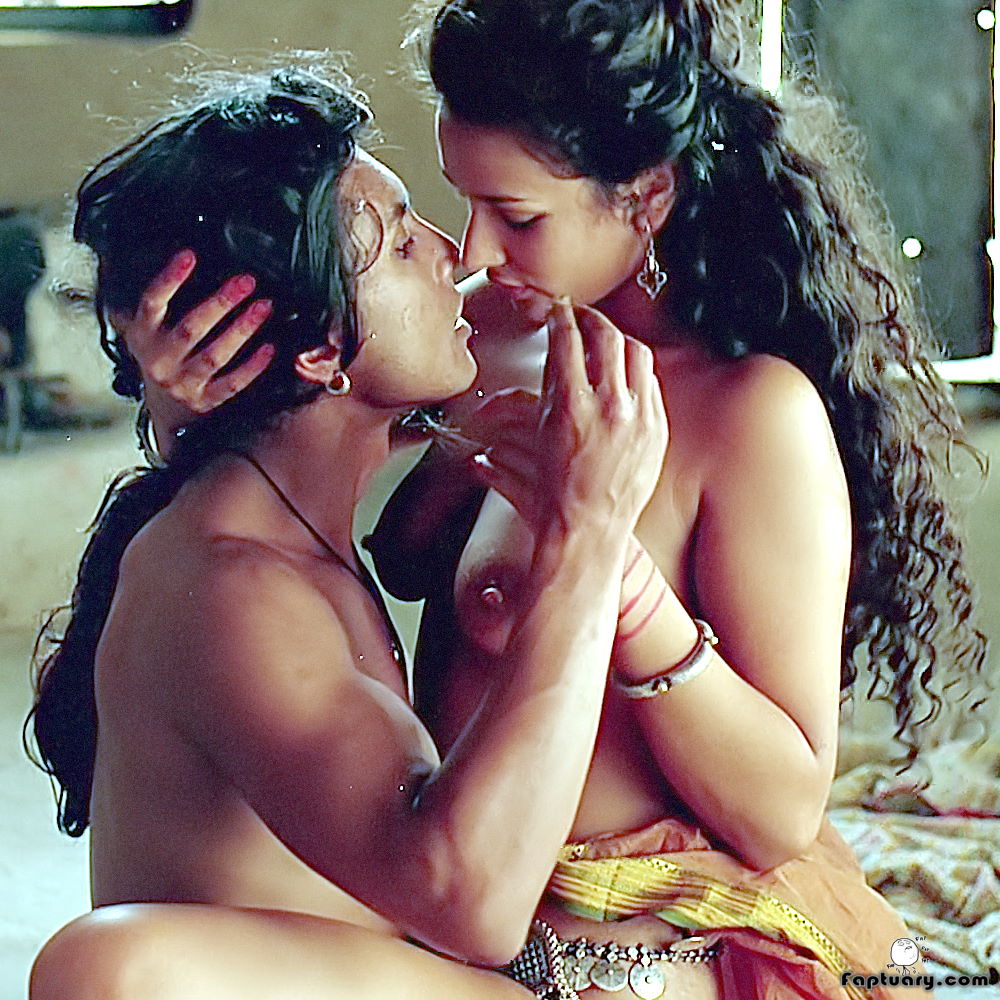 That’s not the only reason I’m not convinced that it wasn’t really Indira Varma nude in that series, though. I appreciate that World Without End and Kama Sutra have very different lighting and color grading, but everything from the complexion to the skin texture on the former looks very different to what we know Indira’s body looks like from Kama Sutra. I understand a lot can change in the 16 years between the two productions, but I still think something fishy is afoot. Each of those points in isolation, I would have overlooked, but together, it’s just far too suspicious. 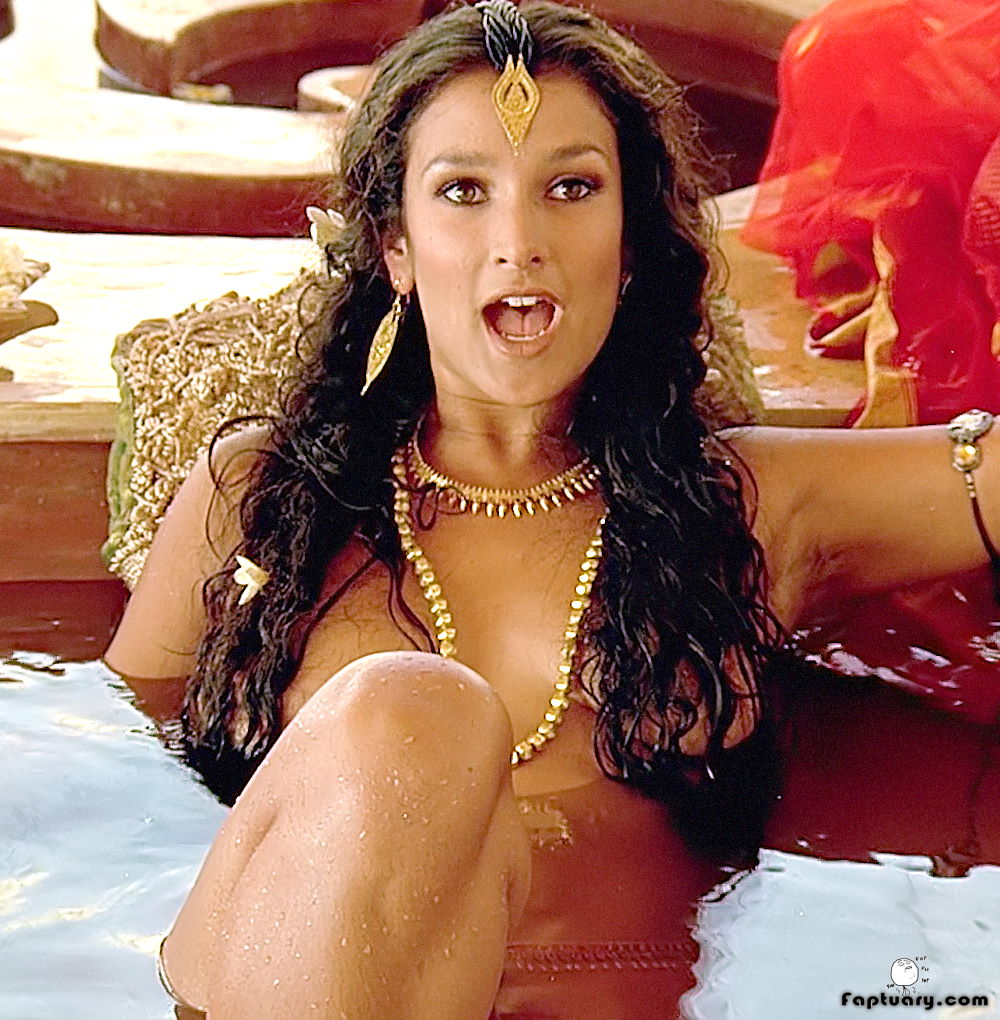 We might have gotten some stray shots of Indira Varma topless in Hunted. A whole lot of props are very obviously intentionally used to obscure any real nudity during a sex scene, but there is a point during which the light behind her appears to outline the silhouette of her nipples. This last literally a few frames and no more and is frankly the primary reason that I’m not tagging this post with the coveted label of Only Nude Scene. A secondary reason is her role in the German film Zehn wahnsinnige Tage, which allegedly contains “topless female nudity” that is meant to be from Indira. 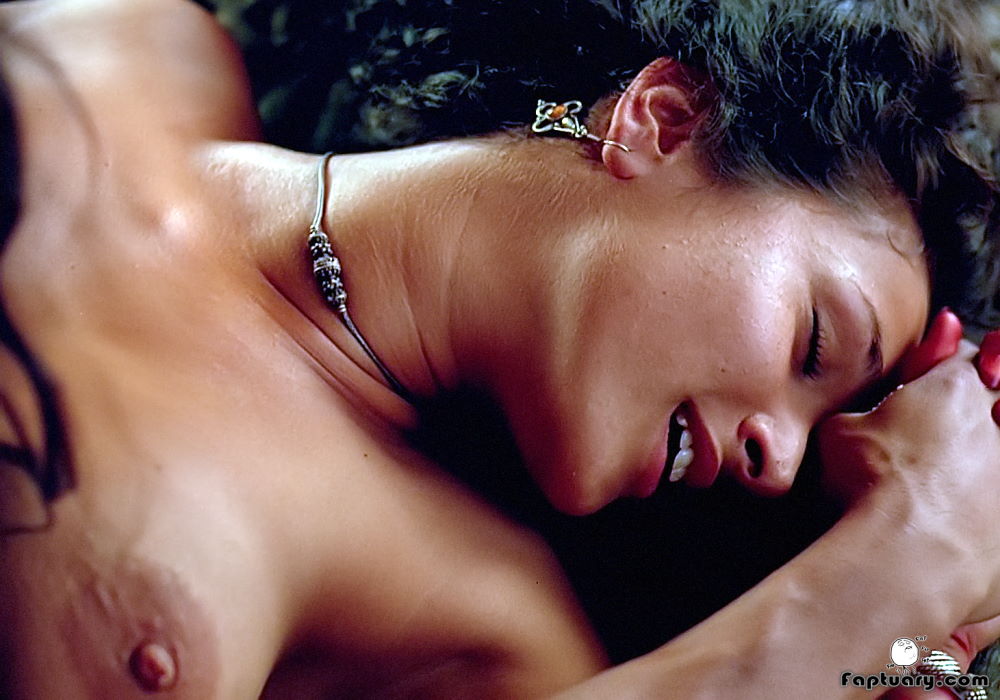 As for Kama Sutra: A Tale of Love, you’ve got Indira Varma sex scenes coming out the ass, should you want them, as well as plenty of nudity that is not part of a sex scene. Now for some bad news. There are multiple cuts of this film out there. I don’t just mean certain scenes are cut; I mean entire shots are cropped differently to be a little more… halal, I guess. I happen to know there is a very lewd cut of this movie out there. Whether there is an HD release of it anywhere, however, I cannot say, which is a shame, because there ain’t nothing more satisfying in a nude scene than the absolute full frontal. Fret not, though, for there’s still plenty to see of Indira Varma naked from the blu ray, which you can enjoy right here. Fap on, brothers.