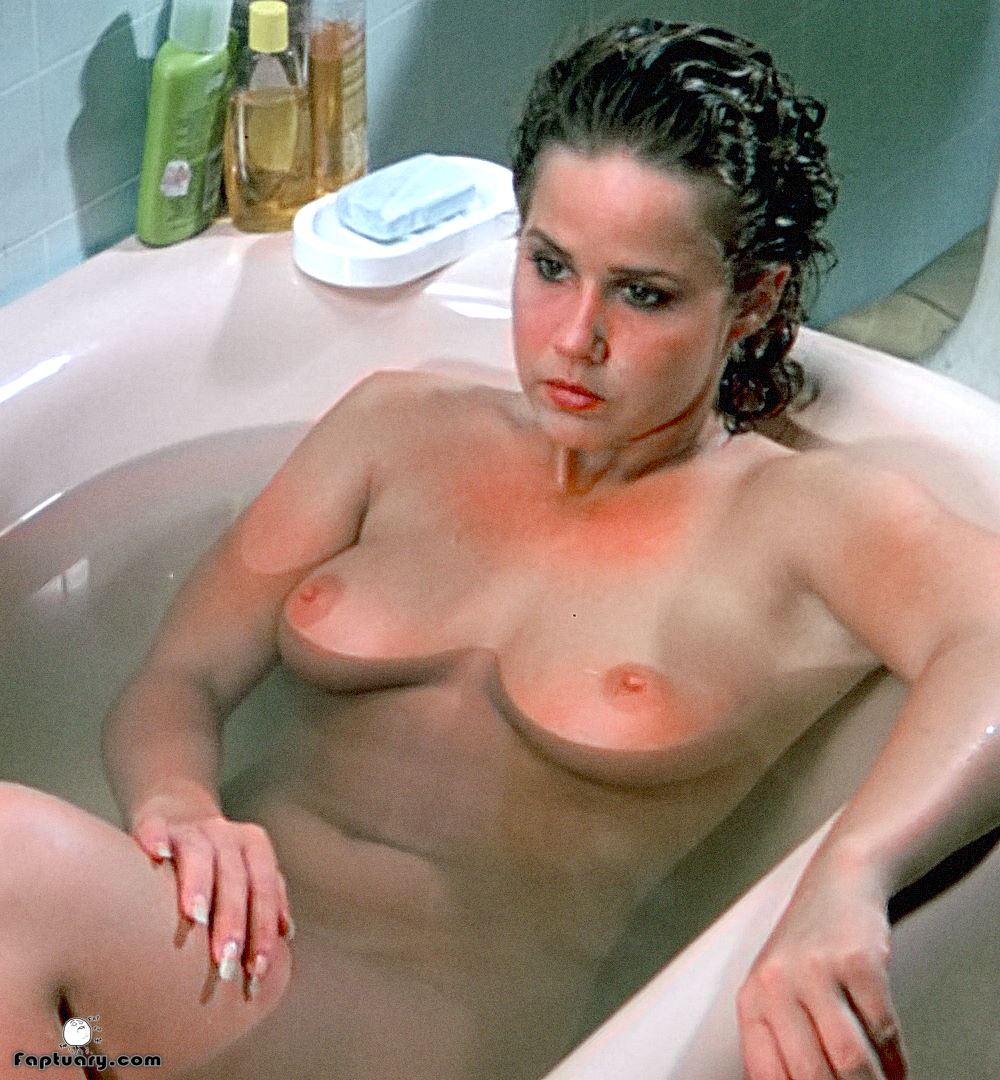 When people watched the infamous projectile vomit scene from The Exorcist for the first time, I don’t imagine many of them thought that at any point in the future, fappers would be seeking out pictures of Linda Blair naked. Yet as it turns out, when little Regan MacNeil grew up and stopped being possessed by Satan or Pazuzu or Helen Thomas or whoever it was, she actually turned out quite attractive. What’s more, she went through a phase of getting naked in movie after movie, keeping a lot of fappers happy through the 80s and early 90s.

Linda Blair’s nude debut was in a 1983 film called Chained Heat, and there are few important things to note about that. The first is that it’s a sleazy women-in-prison film. Very nice. The second is that it has no relation to the seven million other films with “Chained Heat” in the title produced by Lloyd A. Simandl which, with the partial exception of Chained Heat II, are just literal pornography with literal porn stars in the roles, not films with actresses. The third – and this is where I have to hold back tears as I type – is that not only has Chained Heat not been released on blu ray, there hasn’t even been an HD streaming release. Sure, it gets recut and released on DVD a million times over, but I just can’t fap to DVD nudes anymore. I’ve been too spoilt. My God, even regular blu rays are slowly becoming unfappable as 4K becomes the norm. 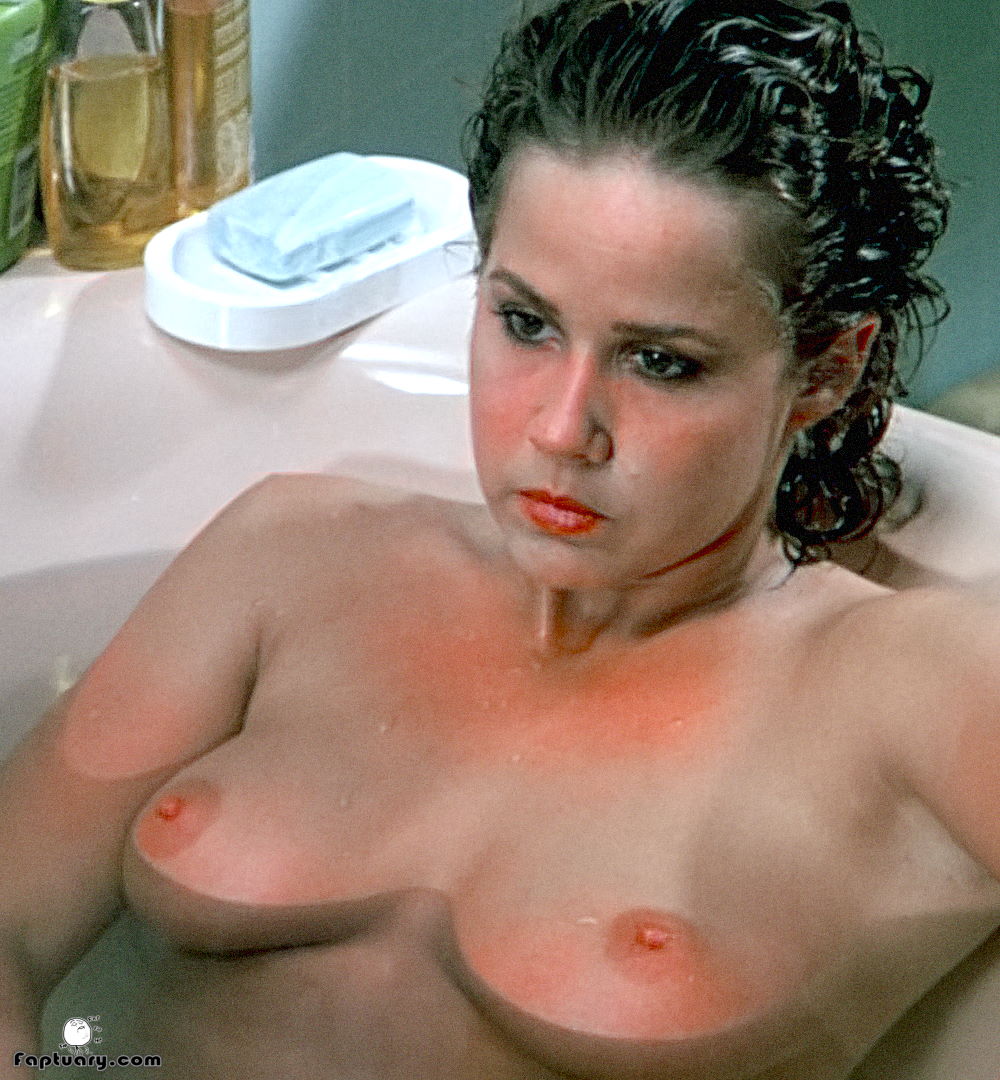 So sadly, we have yet to get a real crystal clear look at Linda Blair nude in Chained Heat, and it’s uncertain whether we ever will. And that brings me right around to Savage Streets. Excepting her role in a segment of Imps*, Savage Streets was Linda Blair’s very next film after Chained Heat, and as you can see from the images and video around you, this one did get a blu ray release. The video quality is actually absolute ass at quite a lot of points, but making use of some digital trickery to clean up an imperfect blu ray will always yield infinitely better results than – may the Heavens forgive me for speaking of this evil – using AI upscaling on very low resolution footage. 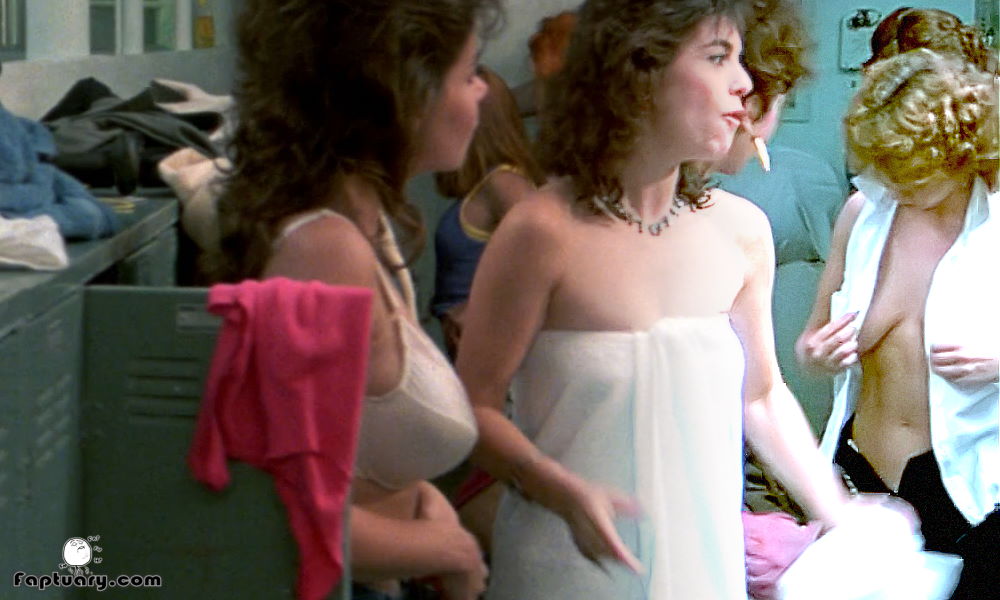 There’s only one scene in Savage Streets in which we get a proper look at Linda Blair topless, and that’s the one where she’s in a bathtub, but we do get a few shots of inner sideboob in her high school locker room and nipples showing through her wet shirts as she fights with another girl in their school showers (while Linda is inexplicably wearing no bra). Before I run out of space, dishonorable mention for 1985’s Red Heat, another women-in-prison film with Linda Blair nude scenes that we may never see in high definition. Even the DVD is hard to find for the one since it seemed to have gotten a very limited release. Why do they torment us so? And so I leave you with what is likely the best footage we do or will ever have of Linda Blair naked.