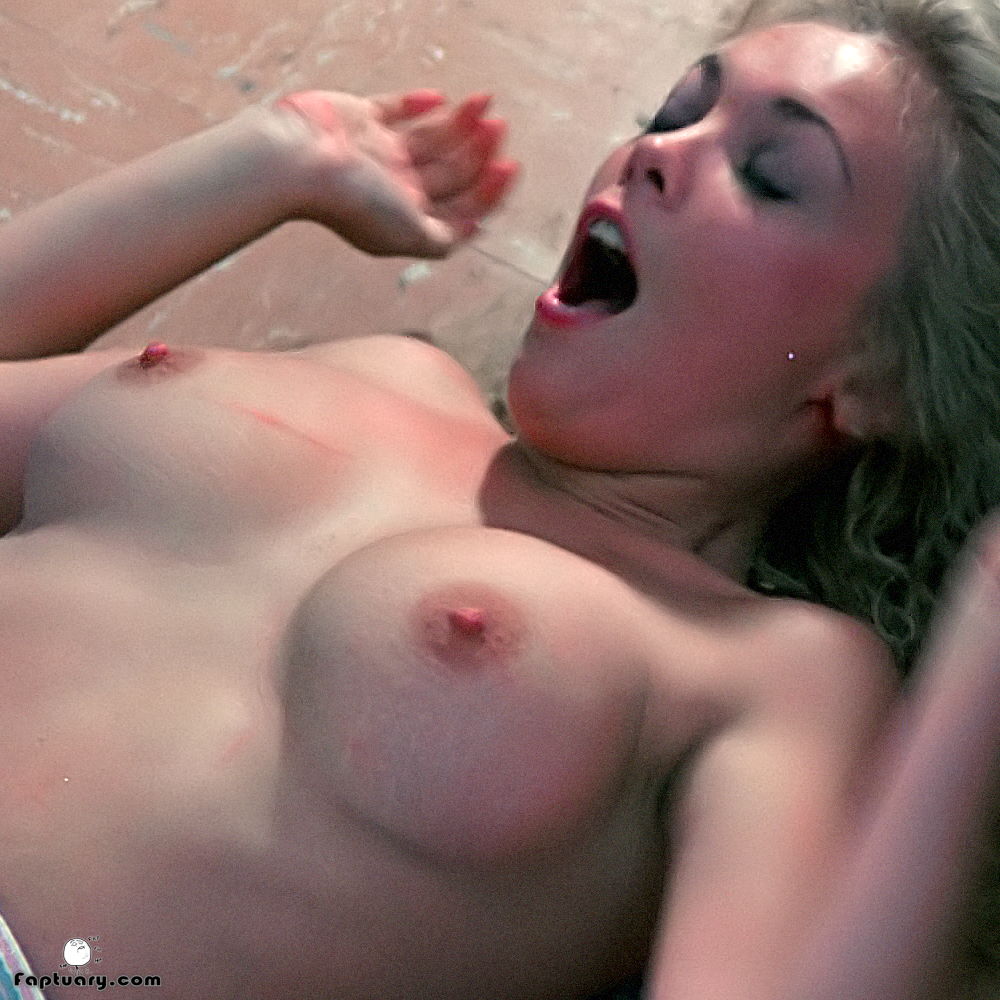 Because I’m on a kick of nude scene that flew under the radar because they were overshadowed by a more famous actress doing the same in the same movie, today’s offering is the voluptuous Rebecca Perle naked in Savage Streets. If you don’t know what I’m talking about, the most high profile example (on the part of the overshadowed actress) I’ve got – and that probably exists – is Demi Moore whose incredible nude scene in Blame It on Rio was ignored at the time and continues to be forgotten thanks to Michelle Johnson’s presence (and constant nudity) in the movie. The most high profile example on the part of the overshadowing actress has got to be Scarlett Johansson and her long-awaited nude debut overshadowing Lynsey Taylor Mackey and her almost entirely unchlothed performance in Under The Skin.

Maybe I need a tag for these kinds of nude scenes. There is something special about them. They’re like dramatically tragic renaissance paintings. Take this Rebecca Perle nude scene, for example. Look at those juicy big tits and tell me why she shouldn’t be dominating all of the talk regarding nudity in Savage Streets. There is no reason… except for the fact that we get a Linda Blair nude scene in the same film, and only a year after Linda’s nude debut in the women-in-prison film Chained Heat too. Linnea Quigley has a nude scene in Savage Streets as well, but frankly, I think that would distract attention more if it was one of the rare movies in which she didn’t get naked. Not that I’m complaining, of course. 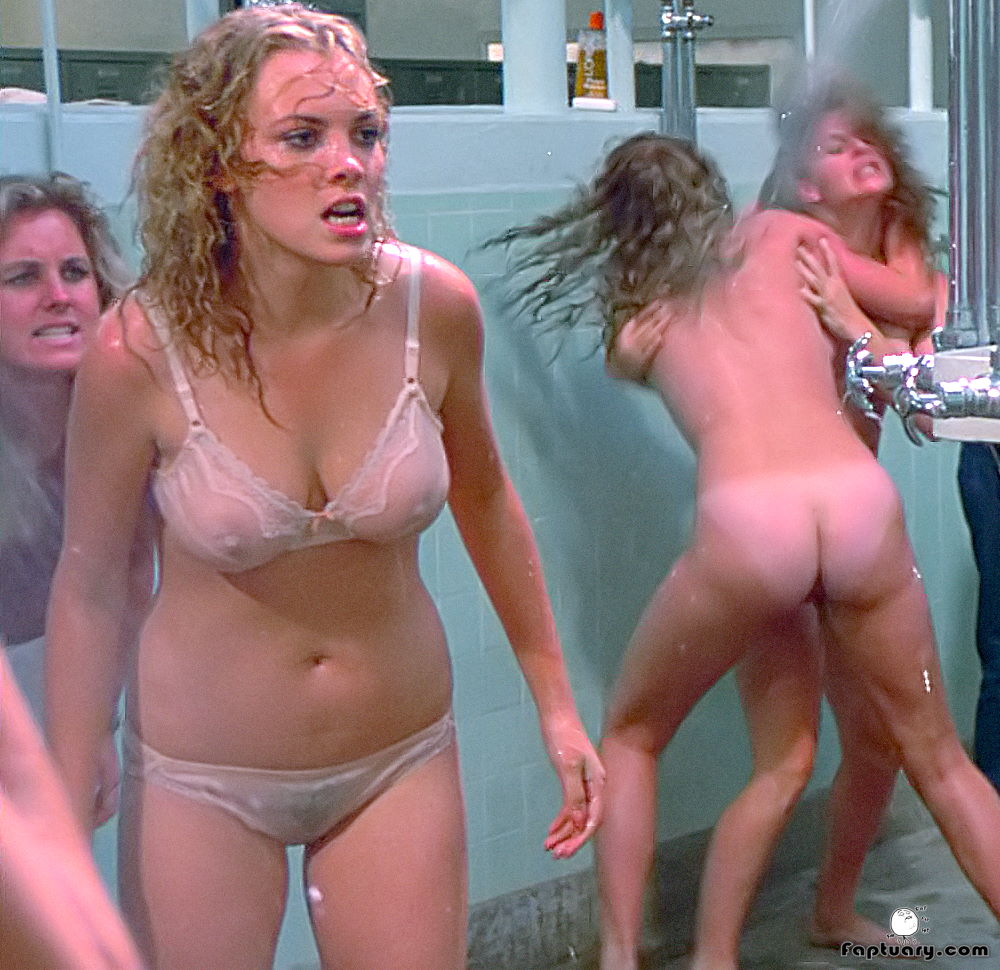 This movie is actually the first to offer us humble viewers a Rebecca Perle nude scene. I suppose her earlier role as a voice actress on The Kid Super Power Hour with Shazam! didn’t exactly lend itself to that kind of thing. It would also end up being one of only three in total. She had a pretty long topless scene in Stitches, in which a group of leering med students watch her examine her naked self in a mirror… but it’s actually visible from the side they’re on. Saucy. Then there was 1986’s Heartbreak Ridge, in which her naked body gets flashed for a brief moment as she drops her towel while coming out of a shower. By this point, she’d already been demoted to playing a character named only “Student in Shower,” so it’s not surprising that she had only two more roles after this, and sadly, the potential for any more nude scenes was extinguished. 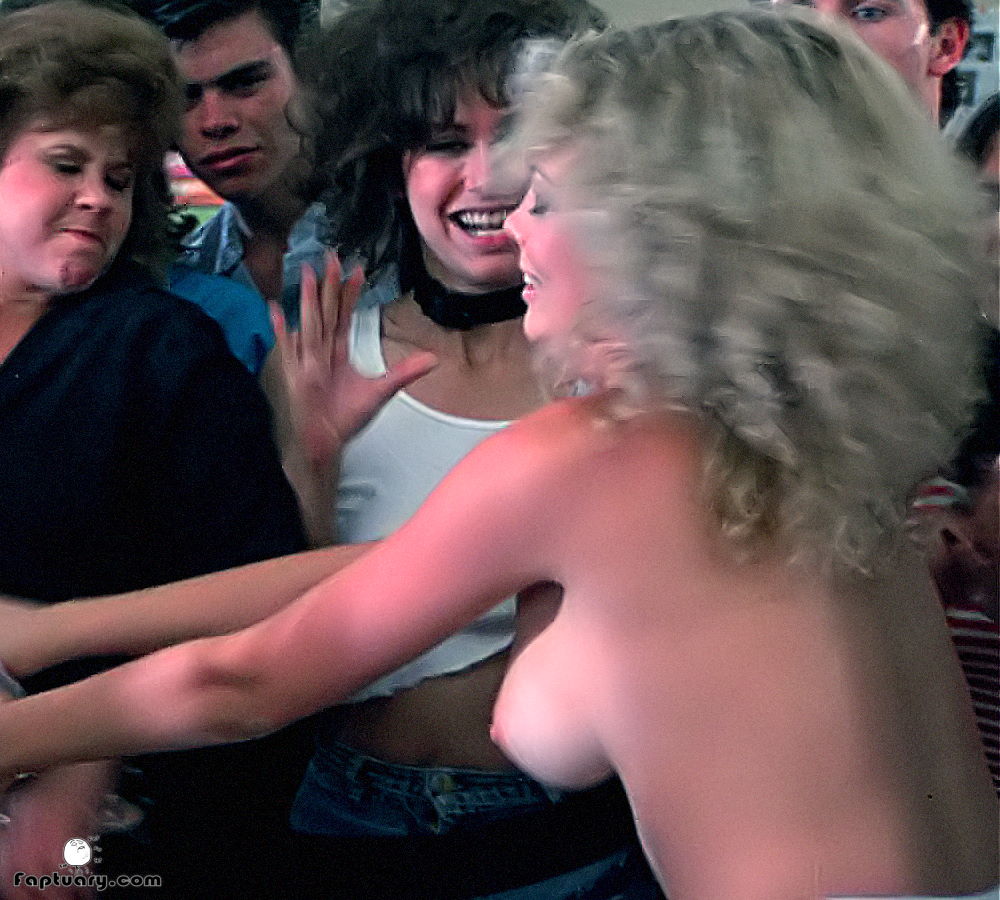 But hey, if you want to see a Rebecca Perle topless fight with (a sadly dressed) Linda Blair, you cannot possibly do better than Savage Streets. It did actually take me by surprise when it happened since there are a number of rather lewd scenes involving Our Becky early in the film, but never actual proper nudity. Not from her anyway. It’s almost an hour into the film when her top gets ripped off during a classroom brawl, after all of the aforementioned, so it was a nice little present from the movie. Incidentally, the same could be said for Linda Blair, who gets quite a few teases in locker room scenes but only gets her only honest-to-god nude scene in the second hour of the feature. 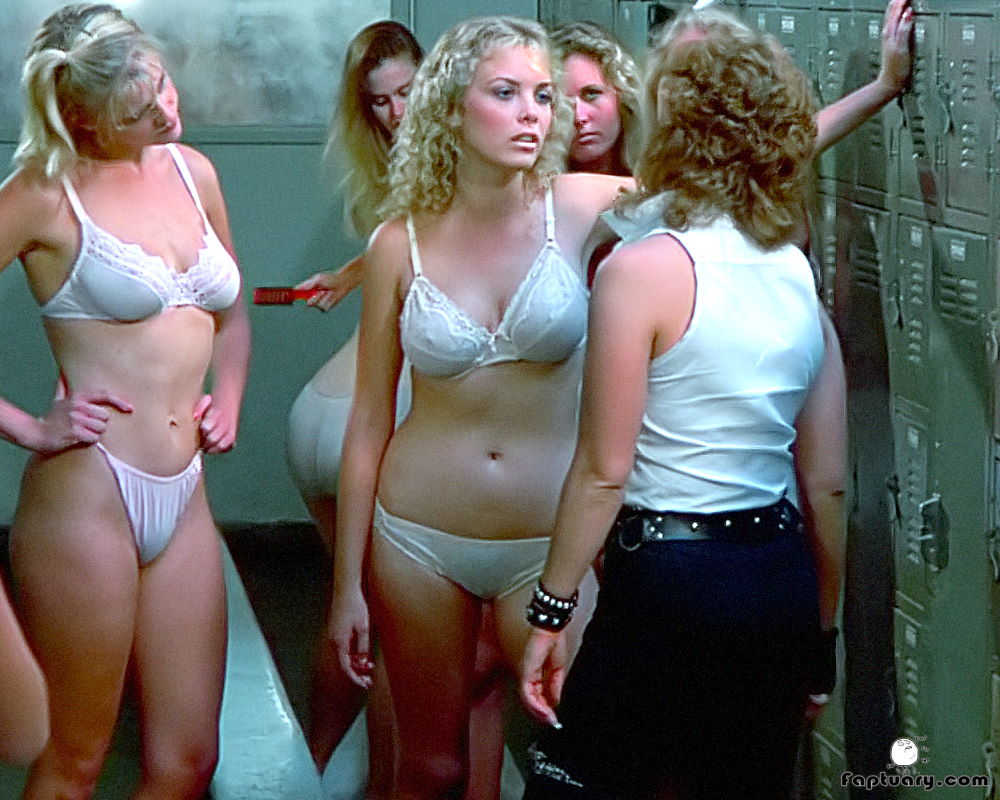 Speaking of locker rooms, it’s obviously unsurprising, given the setting of the movie, that a lot of the nudity in Savage Streets is the famously forgivably gratuitous locker room nudity that 80s cinema was so fond of sliding past the censors. We’ve got a scene of Rebecca Perle in her bra and panties, and then another wherein she’s in a locker room fight (of course she is), still in her bra and panties, but because this fight is happening under the shower heads (of course it is), her lingerie is all wet and see-through. Not bad, sleazy 80s film studios. Not bad. I couldn’t decide where to draw the line between lewdness that classifies as nudity and that which does not, so I’ve just captured it all. Enjoy Rebecca Perle nude (by whichever definition you choose to employ) in Savage Streets below.