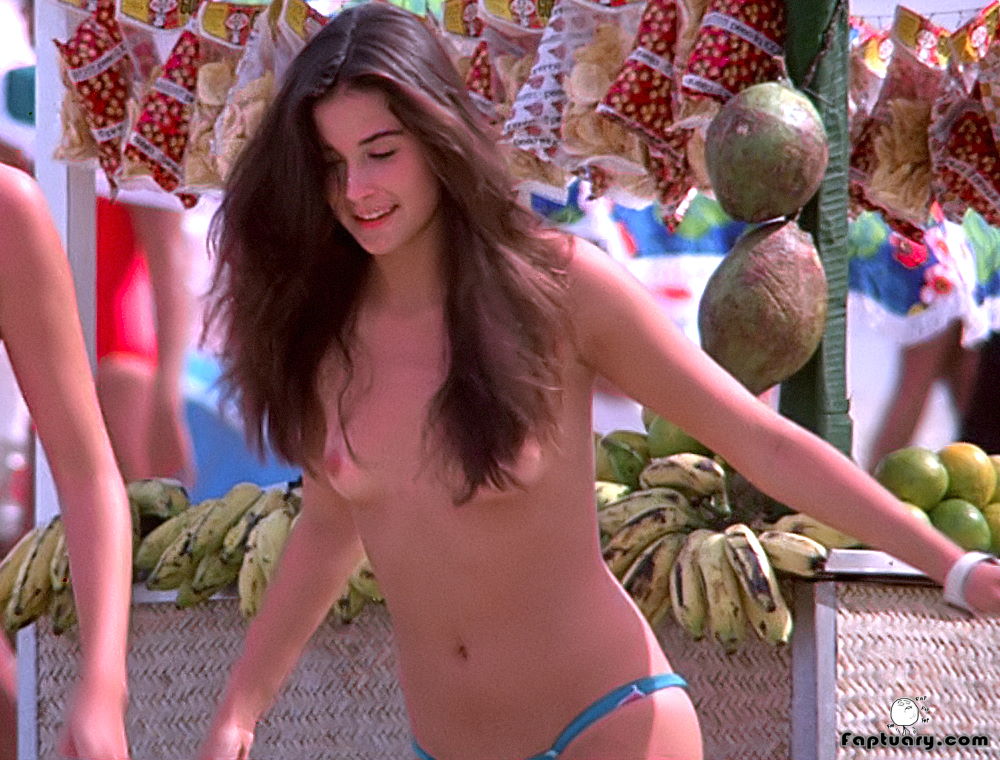 Demi Moore naked in Blame It on Rio almost evokes the same vibe as the other nude scene in Under The Skin. You know the one I mean. The one that everyone forgets because it got overshadowed by the one and only nude scene Scarlett Johansson has ever done. Similarly here, the movie offers us Demi Moore nude for the first time ever, and how do we repay it? We spend the next nearly four decades obsessing with Michelle Johnson’s nude scenes in the movie.

There seems to be a misconception out there that the first ever Demi Moore nude scene was in No Small Affair, in which she flashes nips a few times during a sex scene with Jon Cryer (which may or may not have led to Jon losing his virginity). I’m not sure what this controversy over which is the real nude debut is based on since IMDB has Blame It on Rio’s earliest release as February 17, 1984 and No Small Affair’s as November 9, 1984. It probably has to do with the aforementioned fact that everyone forgets that we even got Demi Moore naked in Blame It on Rio at all. 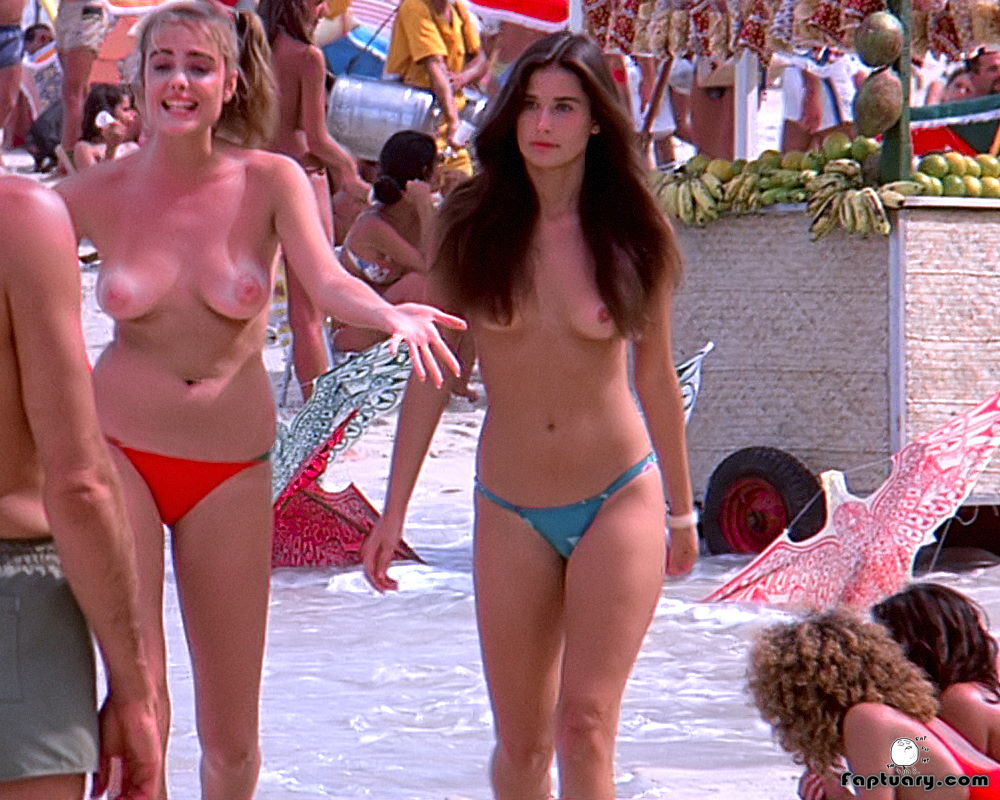 You also can’t ever talk about Demi Moore nude without bringing up her era-defining nudity in Striptease. I’m just going to go ahead and point out the obvious, which is that Striptease came out and was filmed just after Demi Moore got that awful boob job, and no matter how much she denies having fake tits, we all have functioning eyes. What that means is that even though Striptease is, as no one can deny, the home of Demi Moore’s thematically best nude scenes, Blame It on Rio has her looking at her finest, all natural, well lit and fully in view (minus some pesky hair covering her nips a fair bit). 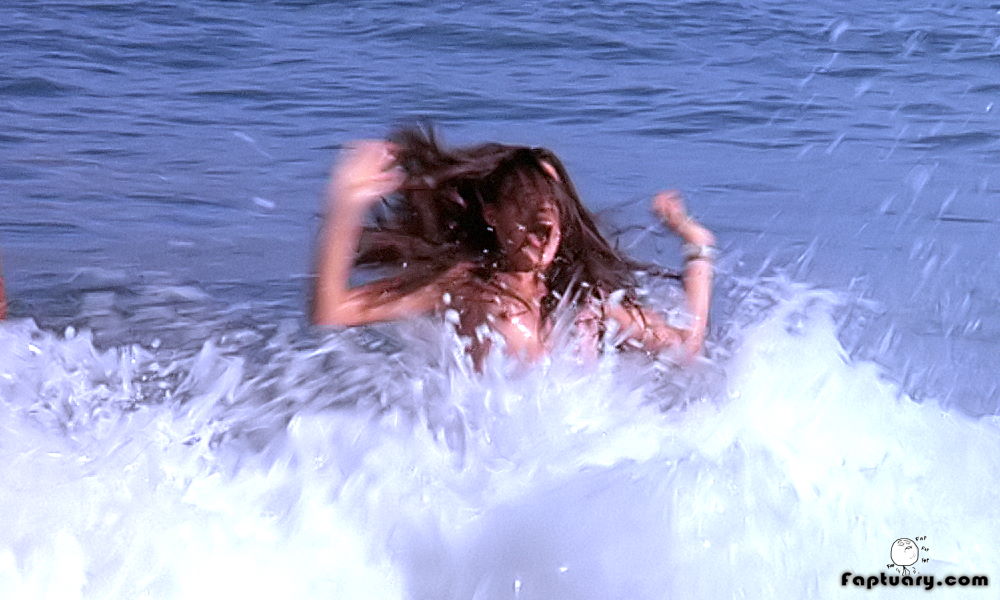 So you’ve got Demi Moore topless at her peak in Blame It on Rio, walking seductively toward the camera and two older men – an interesting role reversal considering her dating habits of the last two decades. She then stands there like a mannequin while Michelle Johnson and her gigantic breasts converse with the two guys, before they (the girls, not the gigantic breasts) grab one of the men and drag him into the ocean, splashing around topless and happy as they ritually drown him in sacrifice to Poseidon. Wait, I might be mixing up movies. I think that last bit was from Care Bears: Unlock the Magic. Anyway, buckle up, scroll down, and enjoy Demi Moore naked in Blame It on Rio.