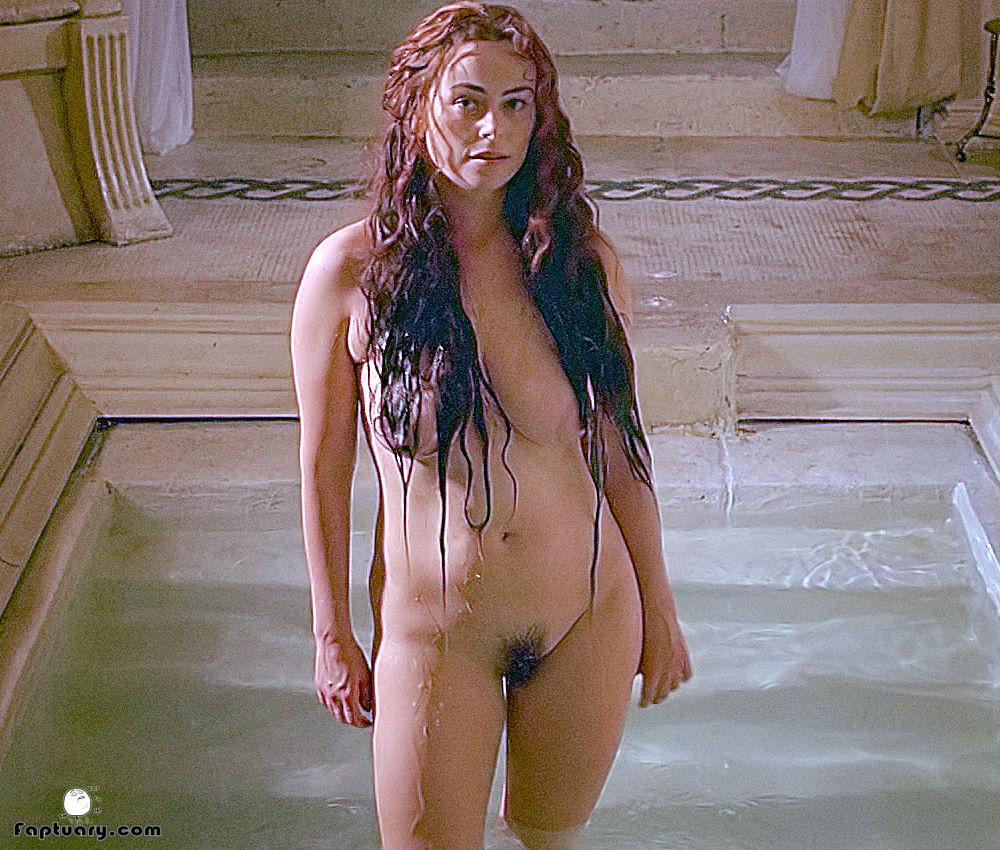 It was about time to do a nice, beefy post, and what better topic to do it with than Polly Walker naked in HBO’s Rome? Yeah, shame on you if you thought that Fapsmith was going to make a habit out of phoning it in with lean posts of 5 second-long nude scenes. I obviously had the exact opposite to work with when going through Rome. The series itself has a cornucopia of nude scenes from a number of the actresses, but even when you drill it down, we got a variety of Polly Walker nude scenes split across four separate episodes, coming in at second place for the most amount of nudity in the series, losing only to her in-show daughter Octavia, played be Irish actress Kerry Condon.

It is actually a bit funny because I remember back when Rome came out in 2005, it did have a bit of a reputation for being a gratuitous nudity fest. Certainly a large part of that reputation was well-deserved. For instance, when color correcting for these very scenes in this post, I cam across something that may slip under your radars as you watch the videos above and certainly slipped under most people’s radars, my own included, when watching the show as it’s meant to be on TV. My rather aggressive color correction, however, brought it out nice and clear. I’m talking about Lee Boardman’s ballsack slapping Polly Walker’s bare ass during their sex scene. Seriously, this is practically hardcore porn-tier. Considering it is clear that neither actor is using a body double in any other part of the sex scene, it’s unlikely that that’s the case here. 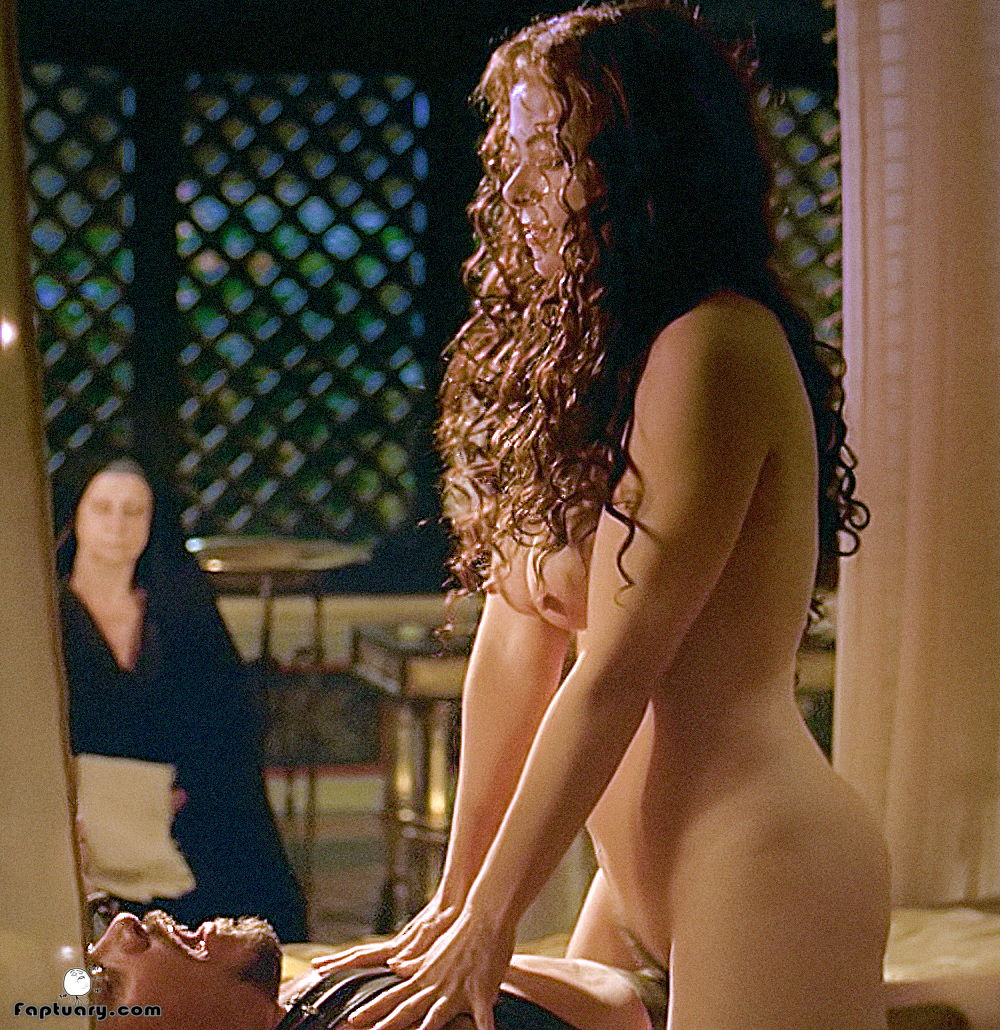 I’m not complaining that a Polly Walker nude scene contains *gasp* Polly Walker nude. I just find it very weird that HBO had their actors actually have literal genital contact during the filming of what I can only assume is meant to be a simulated sex scene. And if it wasn’t simulated, than Rome is literally hardcore pornography. And yet, in retrospect, it all seems rather pared back. Admittedly, the show’s successors didn’t have this level of genital contact, but compare how frequent and graphic the nude scenes were in – to use the most extreme example – Starz’ Spartacus. Of course, Spartacus had what was to me a very huge issue, which is the incessant use of the most evil invention on the planet – the merkin. I love a good bush – I really do. A merkin is not a bush any more than a clay figurine of a boob is a boob. 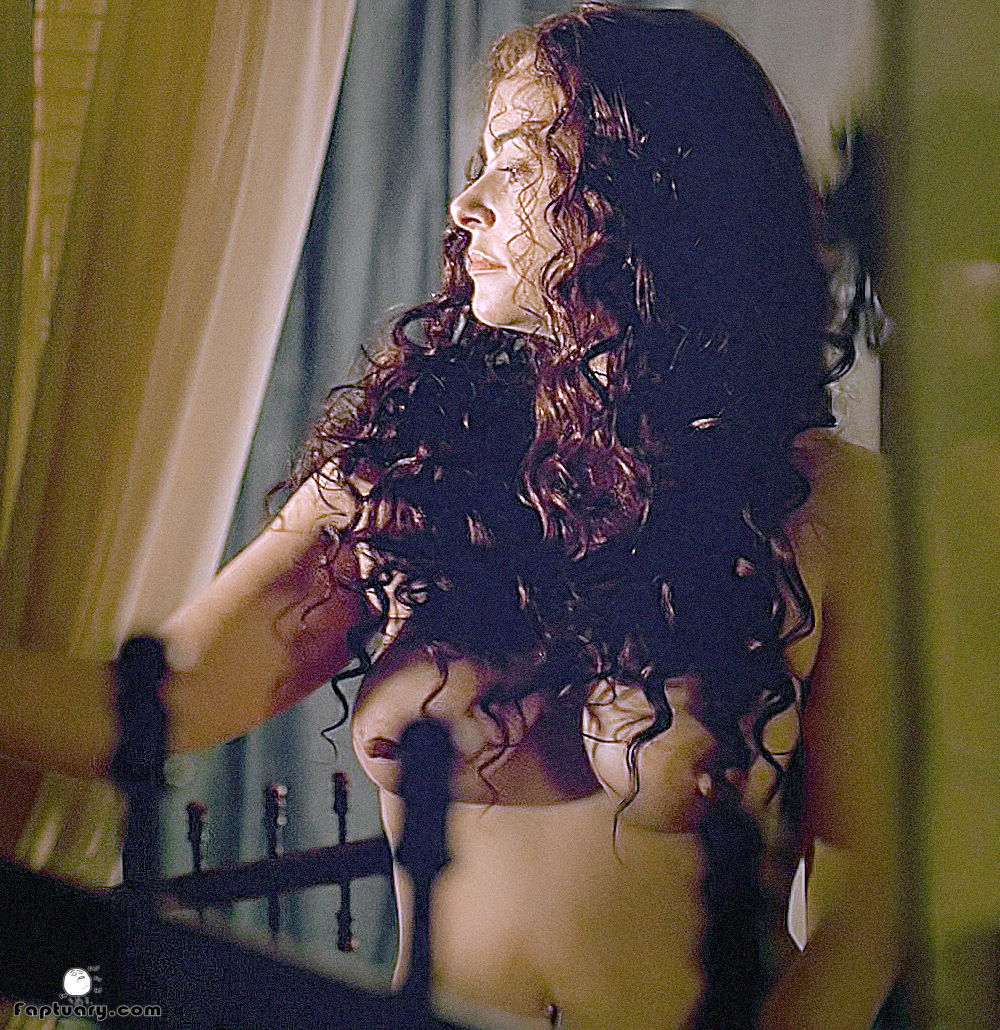 That said, we should be thankful for just how much we got to see of Polly Walker topless in Rome. Aside from having an all natural bush in a cast of actresses with all natural bushes, although it may not have been Spartacus-tier, HBO’s Rome was still from an era when nudity in film and television wasn’t seen as so problematic. It’s no coincidence that I chose Spartacus to compare it to. Starz, the network that produced Spartacus, produced another series this year. I’m talking, of course, about Becoming Elizabeth. You remember Becoming Elizabeth? It’s that show that all but opened with the nude debut that everyone had been waiting for – that of Call the Midwife’s Nurse Jenny Lee, Jessica Raine. And then we never saw her nor anyone else naked again for the entire rest of the show. 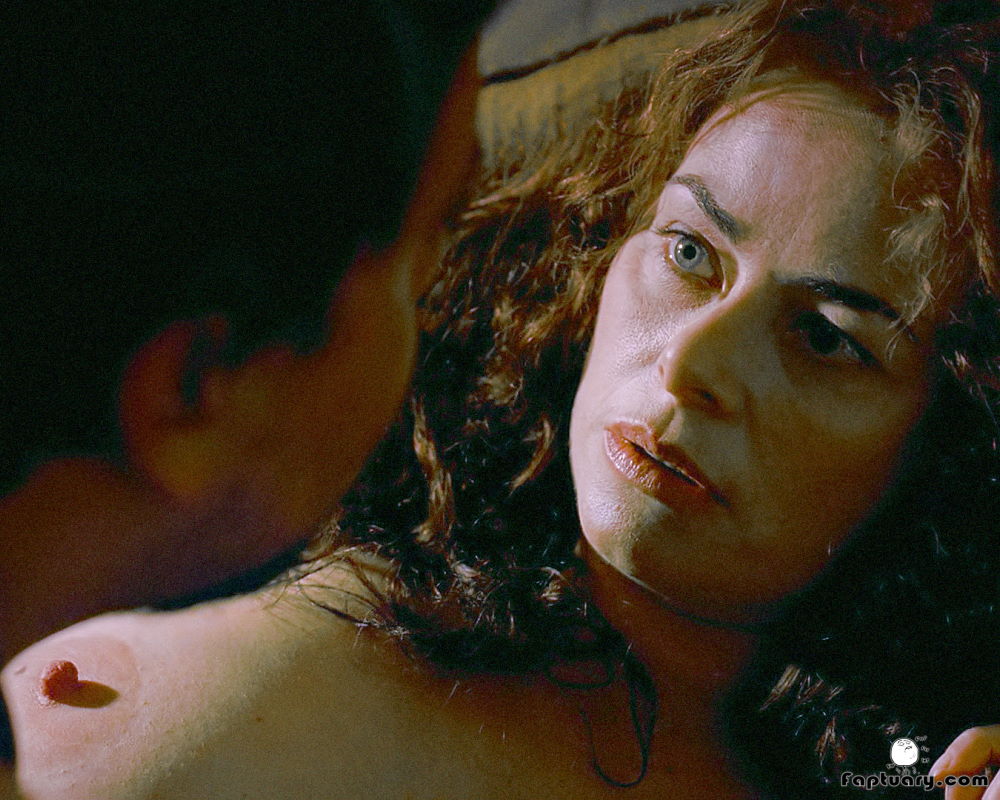 Polly Walker’s boobs may have only appeared a handful of times – four, to be precise – but that’s three more than one, far more than the token nude appearance to reel viewers in and leave them blue balled. For those among you keeping score, the episodes in which we see Polly Walker naked are the pilot episode, it’s follow-up, then the next one, and episode six. Yeah, the first three episodes of HBO’s Rome all had Polly Walker nude scenes. At the end of that one, a lot of people, myself included, probably thought that it would be an episodely affair. Unfortunately, at that point, there was only one more on the horizon, and then no more. Not from Polly, at least. Plenty from her co-stars, of course. 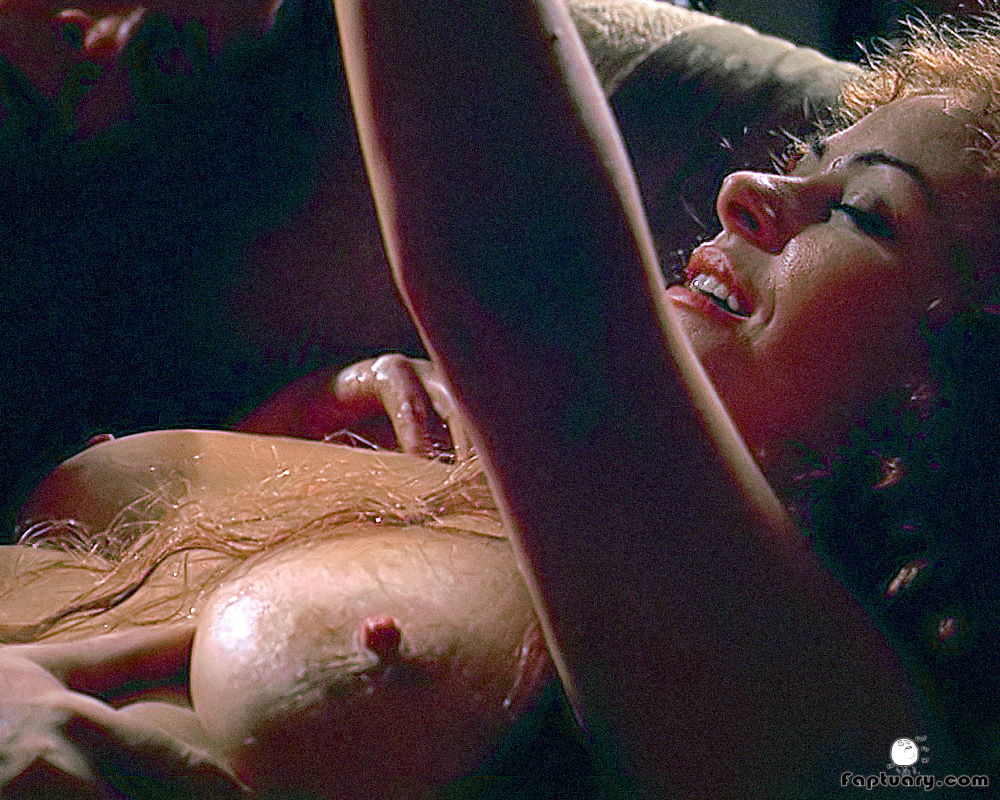 And that was the last of the Polly Walker sex scenes in Rome. And no, I haven’t forgotten that an entire second season was released. That one just contains no more nudity from Atia of the Julii, even though she continues to be a central character. I’m quite upset by that because Polly Walker had gained a bit of weight between the filming of the two seasons, and oh man, she had filled up in all the best ways by Season 2. I was hoping we’d get to see those nice, big, juicy MILF titties, but alas, no such luck. Yeah, she has a bath scene in the third episode of the second season, but I scrubbed through it looking for a money shot, and with regret I have to report that none such shot exists. Season 2 of Rome did have less nudity overall than the first, but it’s especially disheartening that Polly Walker nude scenes dropped from 4 all the way down to a flat 0. 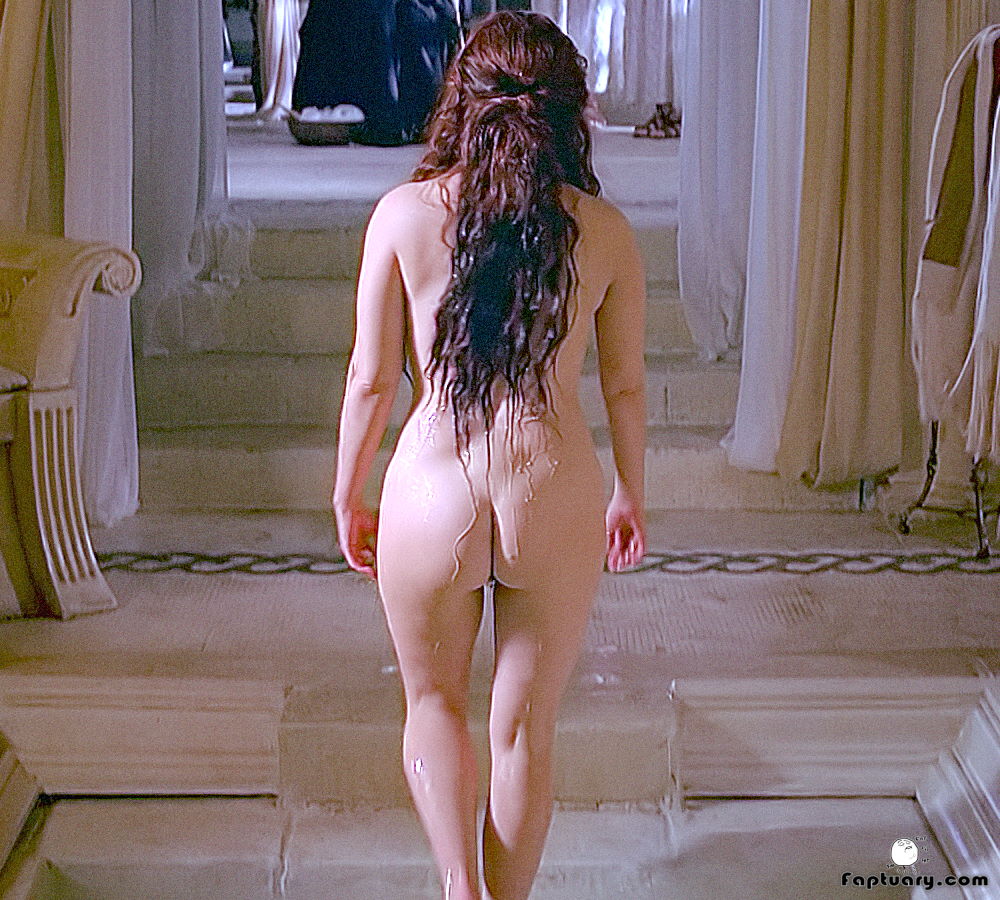 And so we find ourselves constrained solely to the first season for this post, but hey, if you find yourself looking very closely to Polly Walker’s ass in the scene where she walks out of the Roman bath, you might spot a little something that wasn’t that obvious in the original air that my color correction has brought out. There is something visible in her thigh gap. Because it’s obviously in very dark shadow regardless of how much I boost the luma, it’s unclear exactly where the pubic hair ends and the pussy lips begin, but what I’ve got can certainly help your imagination along. Well, that’s my megapost of the quarter done, so scroll down and enjoy Polly Walker naked in Rome.