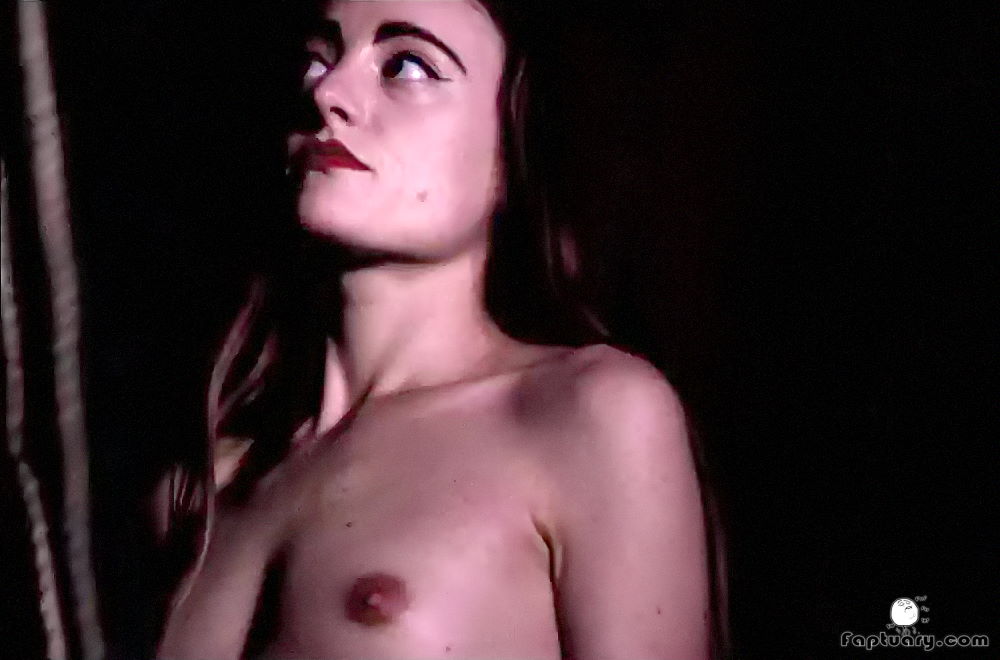 This post is about Millie Brown naked. For any faceblind fappers who are here to see Millie Bobby Brown naked, take a step back and reassess the situation. I don’t want to rain on your parade, but we’re just not there yet. That said, Part 2 of Season 4 of Stranger Things is coming out on Netflix tomorrow, so for all I know, in only a few hours, Eleven will be doing full frontal pole dancing at the Hawkins Lab cantina and the first ever Millie Bobby Brown nude scene will be released to the world. I jest, of course. Netflix are known for their almost schizophrenic but mostly hesitant position on nude scenes in their movies and shows. Honorable mention goes out to Bloodline, the Netflix show that gave us a glorious full frontal nude scene from Andrea Riseborough.

But let’s not get too carried away on tangents. For those who are not aware of who this Millie Brown is, she’s a performance artist originally out of London but currently based in Los Angeles. She is probably most well known for her collaborations with Lady Gaga, which include rubbing their pussies together on stage while scantily clad and riding a mechanical bull. Yeah, I don’t know either, but this kind of performance art at least gives us tons of nudity to rave about, and Lady Gaga is no stranger to that even when collaborating with others. I assume everyone remembers Lady Gaga shambling blindfolded and nude through the woods in The Abramovich Method. Yes, that Marina Abramovich. 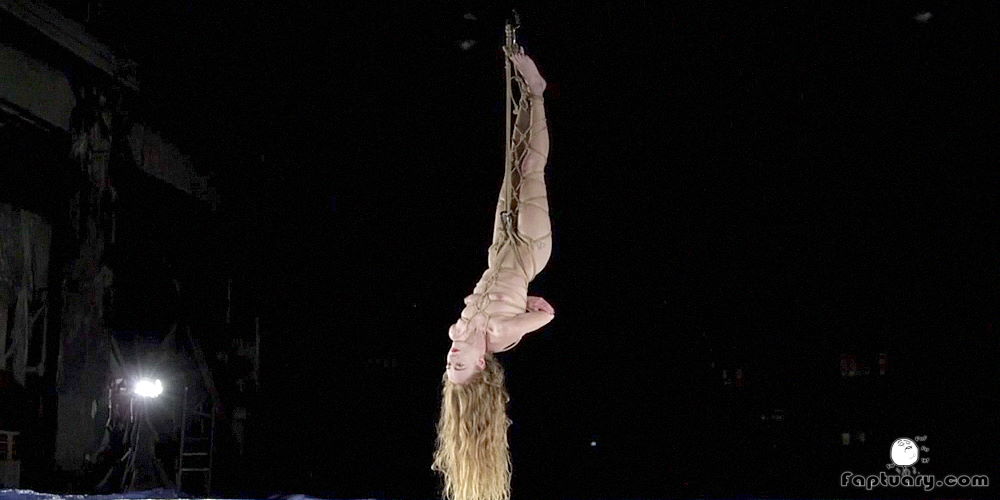 Millie Brown knows that the main way to get performance art right is for it all to be done completely nude. Pendulum is no exception to this. When the video starts, she has already undressed completely and is standing in the middle of a hangar or warehouse or something, surrounded by a bunch of clothed dudes. If you can’t guess from the title, she ends up turning herself into a sort of human pendulum. She gets suspended by her feet and hangs from the ceiling while paint gets dripped all over her. She then swings around, and the paint drips off of her onto the canvas underneath. The results is obviously a painting with precision and virtuosity to rival even the Dutch Masters (the painters, not the drug addicts, although…). 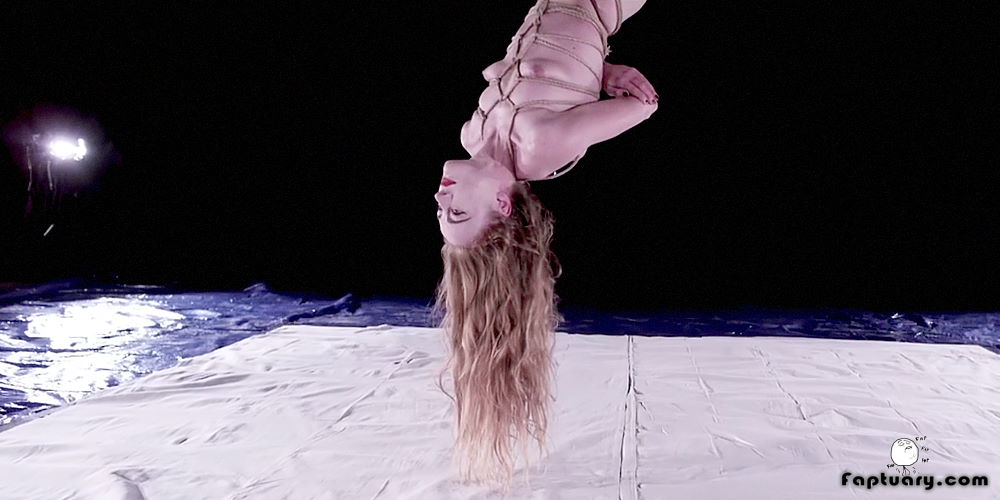 I’m really going to stop going off on tangents now so that we can focus on Millie Brown’s boobs. I’ve clipped just a few shots from the video for the sake of brevity. If you want to see the full thing, it’s available in all its glory at on Nowness and so is some of her other work. That’s all. Now stop reading this drivel and go fap.