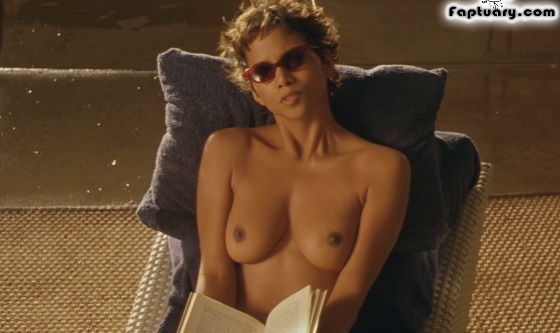 This is a revived post from the faptuary.net days. Click here for what this means. Information below may be neither current nor intelligent.
Original post: July 18, 2012

A golden oldie, sure, but a blu-ray clip seems to be hard to find on the internet, so I figured I’d fill the void. Swordfish was, of course, the very first film in which then up-and-comer, Halle Berry, dared to do a nude scene, and Gods in heaven, was it glorious. No amounts of fantasies could have prepared us for those mesmerizing, jiggly funbags.

In what is surely a tragedy of epic proportions, the last and only other nude scene she’s done is in the film Monster’s Ball, featuring a pretty awkward sex scene with Billy Bob Thornton, released in the same year. The streak of shameless nudity, it seems, didn’t last long. But now you can dive into the nostalgia and enjoy 2001 once more, this time in crisp 1080p resolution, capped from the Blu-ray release.