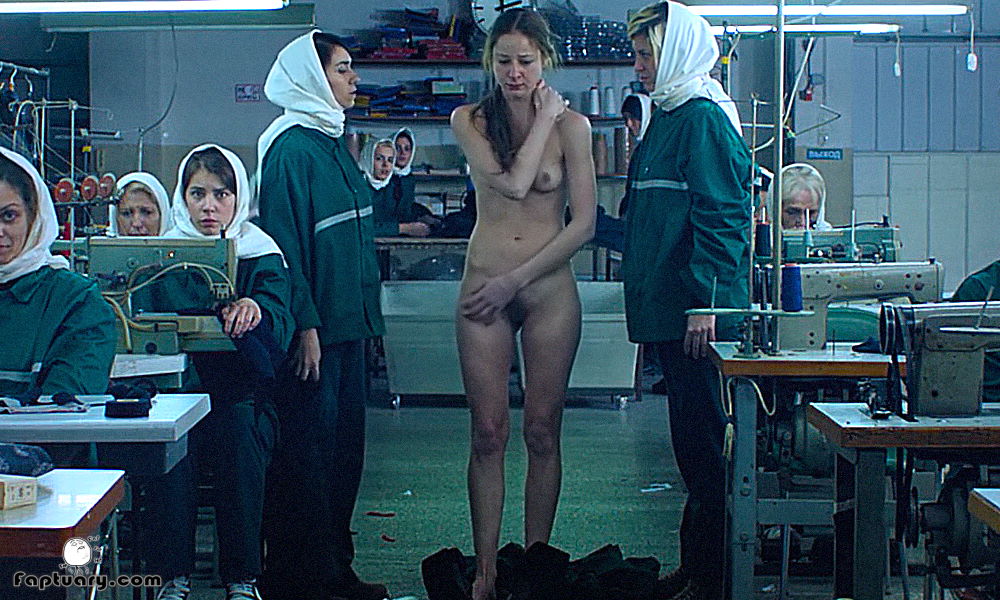 Normally this is where I’d make a comment on how rare it is or isn’t that the feature in the post, in this case, The Penal Colony, contains Sandra Von Ruffin naked, but I’m at a bit of a disadvantage in this situation. Sandra is a German actress, which is really cool, except for the part where her career seems to be constrained almost entirely within her native country, which makes it very difficult for me to do my research. As with most languages, my proficiency of German ends with the swear words. It’s true that Sandra did have a small role in Chalet Girl, which is, of course, famous for containing the closest to a Felicity Jones nude scene in existence, but that was over a decade ago.

Then, of course, we have this delightfully bright and optimistic short film about the abuses and other mistreatments of political prisoners in women’s penal colonies in Russia, though even here, I suspect Sandra’s presence is less to do with her taking an international approach to her career and more to do with it being filmed in her mother’s native country of Greece. I guess what I’m trying to say is if any German friends want to correct anything in this post or fill in some gaps – for example, regarding whether she has done any other nude scenes, because I haven’t found any – do reach out. You know how to do it. Comments below, contact form, or at the faptastic official Twitter account. 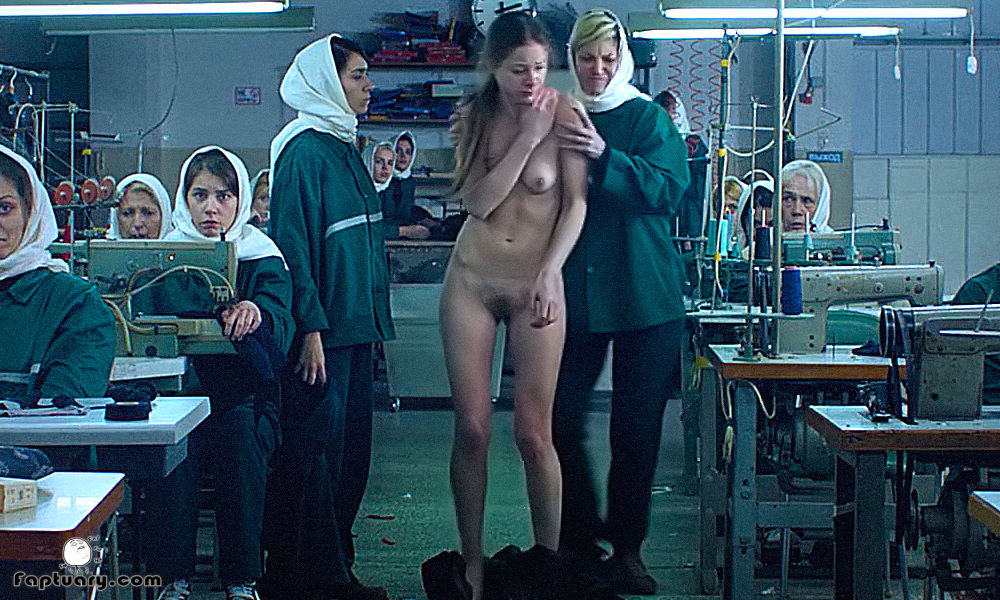 So just how explicit is the Sandra Von Ruffin nude scene in The Penal Colony? Well, if you saw the earlier post for Mariana Novak’s nude scene in the same short, then you know that the filmmakers had no reservations about getting their actresses completely naked. However, you may have also noticed that Mariana Novak herself, as the main star, isn’t shown quite so graphically. Yes, technically her pussy is on the screen, labia and all, but between her distance, the steam and spray of the overhead showers, and other actresses moving in front of her, it’s not the most fappable shot of her. When she does get a better look from the camera, it is unfortunately from the waist up. 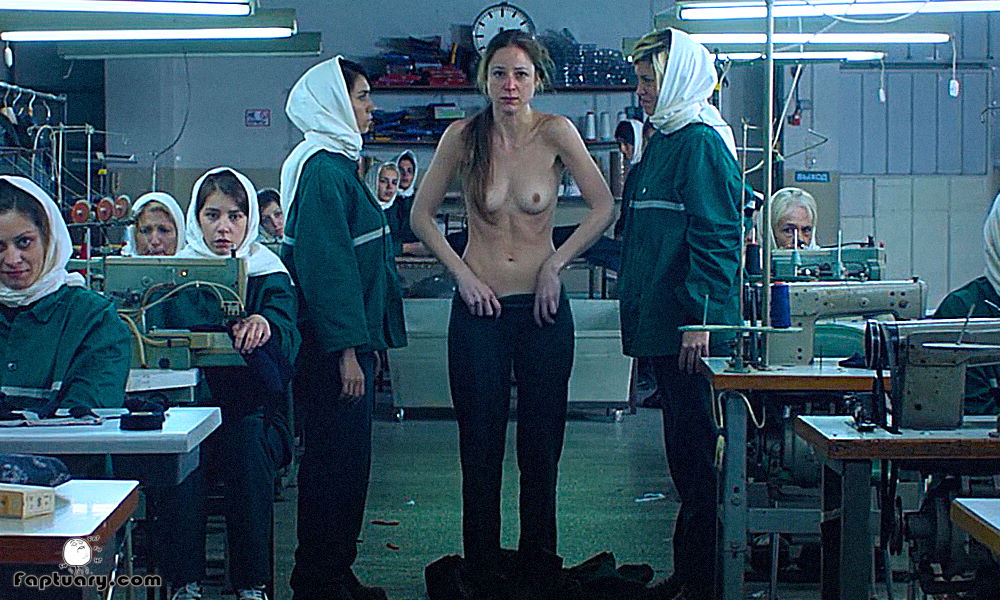 If you’ve come here looking for Sandra Von Ruffin nackt (OK, I lied about only knowing the curse words), don’t be disappointed. You’ve probably already seen the images unless you are blind and using a screen reader (in which case, I commend you for coming here just to masturbate to my inane commentary), but if you haven’t, we do get a full frontal from the German actress. The context is that Sandra plays an inmate in a Russian prison, and like every good women-in-prison film, there has to be an excuse to get her naked. In her case, she was working too slowly, so the capos make her get up, get completely undressed in front of everyone else (and, of course, the camera), and continue working in the nude. The scene is just over 2 minutes long, so by no means is it a quick flash with little payoff. 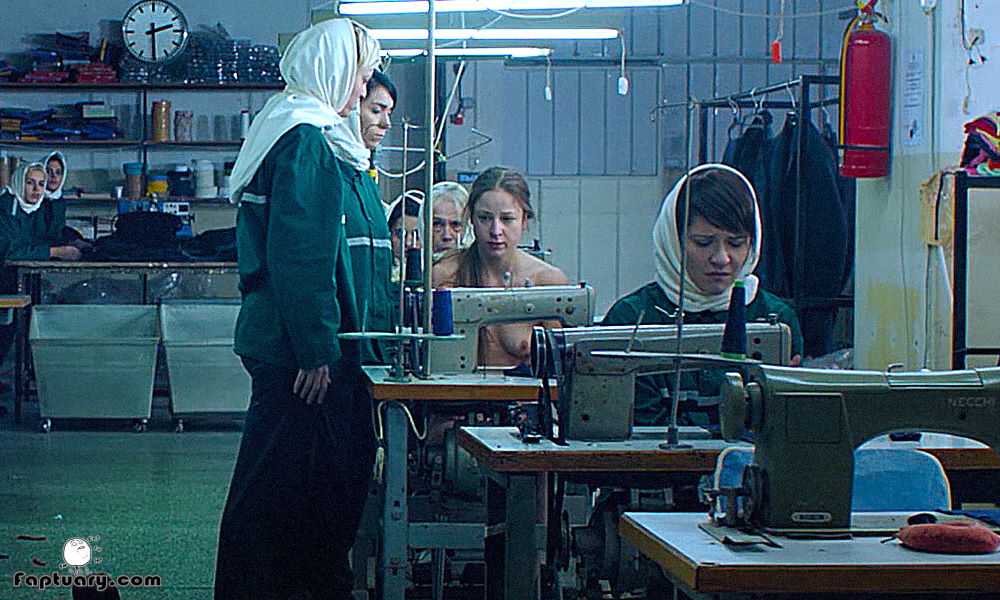 If you’re after something where you can see plenty of naked women in prison, the full short is available to watch on the filmmaker’s Vimeo. I must say, even though most had just accepted that the genre was dead from about the late 70s, I’m really glad that there have been so many efforts to bring it back. Some have been very serious productions like this one, which deals with the political imprisonment of Pussy Riot members, while others, like The Way with Eli Jane, have been more… let’s say “traditional” approaches to the genre. We’ve run out of time for a full analytical breakdown, so I’m just going to leave you to fap to a completely nude Sandra Von Ruffin instead.