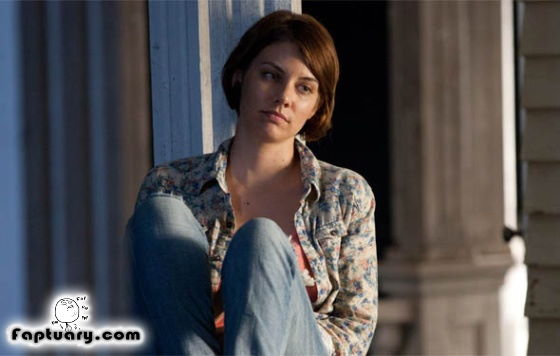 This is a revived post from the faptuary.net days. Click here for what this means. Information below may be neither current nor intelligent.
Original post: April 19, 2012

If you’ve been watching AMC’s The Walking Dead, and you’re as much a social butterfly as I am, then the first thing you probably did after Season 2′s opening episode was go to Google and type in “magi green teh walkind dead noodz”. If the story sounds familiar so far, then you were probably also devastated by the fact that there were no results. 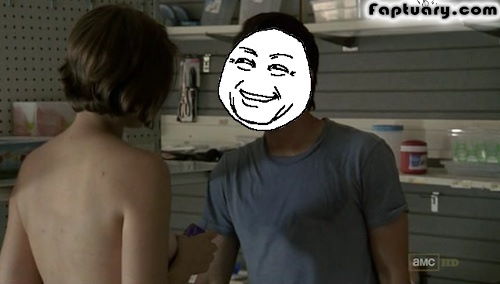 The first spike in Lauren Cohan fap fantasies started in 2007 with her role in Season 3 of The CW’s Supernatural, and similar frustrations were had. The most curious part of this all is that there actually has been a nude scene all along… kinda.

Anyone who’s watched the painfully formulaic college film that is Van Wilder 2: The Rise of Taj will remember a scene with a pillow as well as how much they wished that pillow wasn’t there. Well, turns out that if you do a frame-by-frame scan, the pillow isn’t covering the goods 100% of the time. Observe…

Most regrettable, of course, is the fact that this film has not yet been released for Blu-ray, so the best I could get is from the DVD release, which is in a rather piddly 853 x 480 resolution. Here is the clip, the shots from the GIF one by one, and few more from the scene. Also, don’t forget the bonus GIFset on the official Tumblr. [RIP official Tumblr]